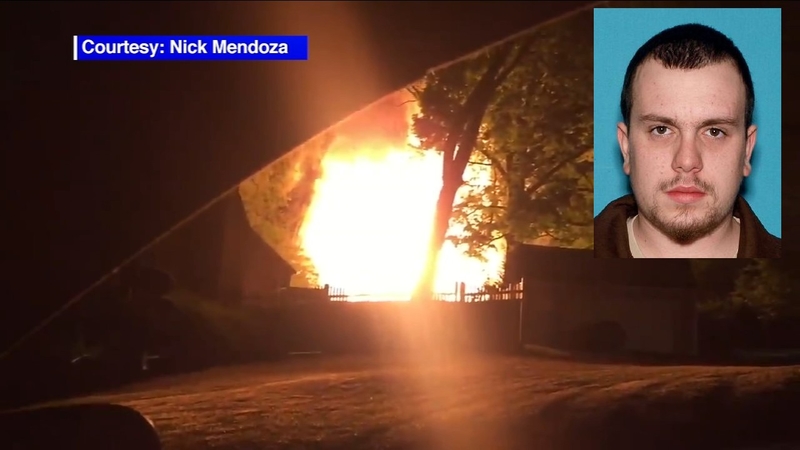 Suspicious 3-alarm fire guts home in NJ, spreads to 2 others

The flames broke out around 2:40 a.m. at 185 Maple Avenue in North Plainfield, Somerset County, at a house under construction.

Authorities say the wives in both homes were awakened as the fire grew and were able to alert their families, getting everyone out safely.

"Crackling of fire...well, crackling, big pops," one of the women said. "And I opened my eyes and the room was lit up like the sun was shining, and I felt heat. And I just yelled to everybody, you know, 'There's a fire next door! We've got to get out!'"

"It's the middle of the night, and there's only limited crews on duty," North Plainfield Chief William Eaton said. "So there's a lot of mutual aid, fire departments, that were involved to control the fire."

It took crews an hour and half to get the situation under control.

One firefighter was hurt and was taken to Somerset Medical Center, where he was treated and released.

An investigation is underway into what led to the fire.

An origin and cause has not been released by investigators and is still under investigation, but officials confirmed the fire has been categorized as suspicious.