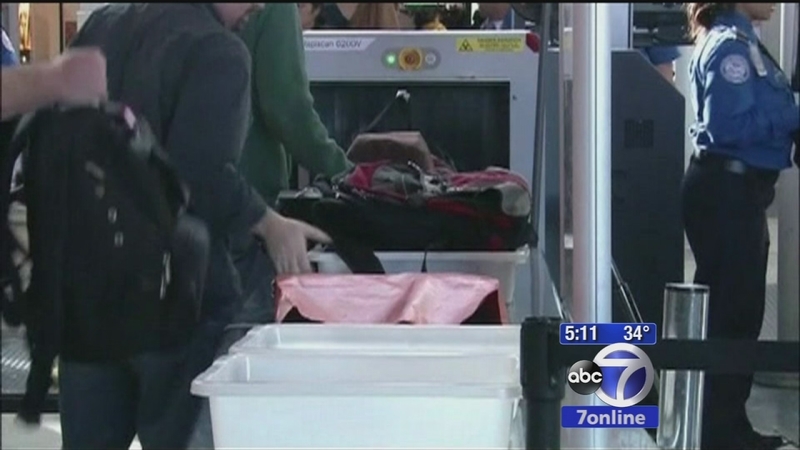 FAA inspectors kept off the job at area airports

NEW YORK (WABC) -- Most inspectors who are supposed to help keep airports and planes safe were kept off the job Wednesday at our local airports.

Nearly 100 safety inspectors who check to make sure planes are safe to fly were essentially grounded Wednesday at our major area airports because of a growing concern about employee security breaches and a lack of coordination between the FAA and the Port Authority.

For hours Wednesday, FAA Safety inspectors sat inside their office building in Long Island rather than checking for mechanical problems on planes at JFK, LaGuardia, and Newark. A source inside the office told Eyewitness News inspectors were told they are not allowed to access the airports. Eyewitness News exclusively obtained a memo that inspectors received which clearly instructs them to: "Not use your SIDA Badges until further notice." That means all employees and that means all three airports.

Without the SIDA airport security badge, inspectors were unable to gain access to the ramps to inspect planes for any serious safety problems. It would have required a Port Authority escort. The Union for safety inspectors tells Eyewitness News that never happened at New York, but did at other airports across the nation. Aviation attorney Brian Alexander explains why no inspector even for one day is risky.

"It's distressing that because of whatever reasons, these inspectors at our three heavily travelled airports are not in place today and we would hope that would be fixed immediately," said Brian Alexander, an aviation attorney with Kreindler & Kreindler.

This blanket ban of airport badges for all safety inspectors may be linked to last week's arrest of an FAA inspector in Atlanta who is accused of using his security badge to bypass TSA checkpoint. When he got to LaGuardia, his Atlanta airport badge wasn't honored and TSA screeners found a gun in his carry-on bag. This followed the arrest last month of a Delta employee charged with helping to smuggle more than 100 firearms from Atlanta to New York. In response to these breeches, the FAA stopped allowing inspectors to bypass TSA screening. But this temporary ban of the airport security badges is an unprecedented security move.

"I suspect that FAA, Homeland Security, and TSA are aware of a great deal more violations that have been occurring and perhaps a fear that this is the tip of the iceberg and other things are in motion," Alexander said.

The FAA says their safety inspectors are able to check the airworthiness of planes as long as they are escorted while on the ramps at all times.

While they may have happened at other airports Wednesday, it did not happen here.