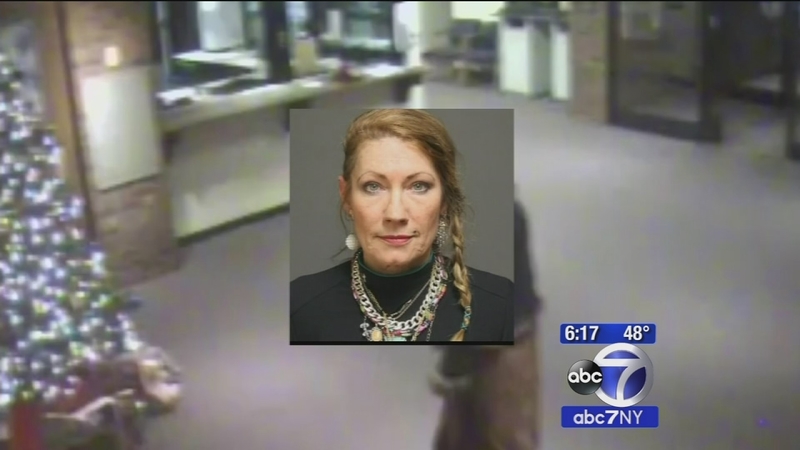 FAIRFIELD (WABC) -- A woman is under arrest and facing charges after what police are calling a heartless and bold theft in Connecticut.

Judith Howard, 55, is accused of stealing hundreds of dollars in toys from a collection box inside the Fairfield Police Department's headquarters.

A surveillance camera captured her allegedly carrying the toys out, making several trips. It also shows the moment when an officer confronted her.

For nearly two decades, Fairfield police have hosted a holiday toy drive, placing large bins in the lobby next to a Christmas tree.

Authorities say Howard walked into the station with a friend who is a bail bondsman, and while he conducted business and filled out paperwork, she roamed through the lobby. Before long, police say the video shows her rummaging through the bin.

At one point, she reportedly carried a shopping bag filled with items out the door. Police say they were later found in her car, with Howard telling them she thought the toys were there for anyone to help themselves.

The 16 toys taken were estimated to be worth $320. Howard was charged with sixth-degree larceny and released after posting $500 bond.