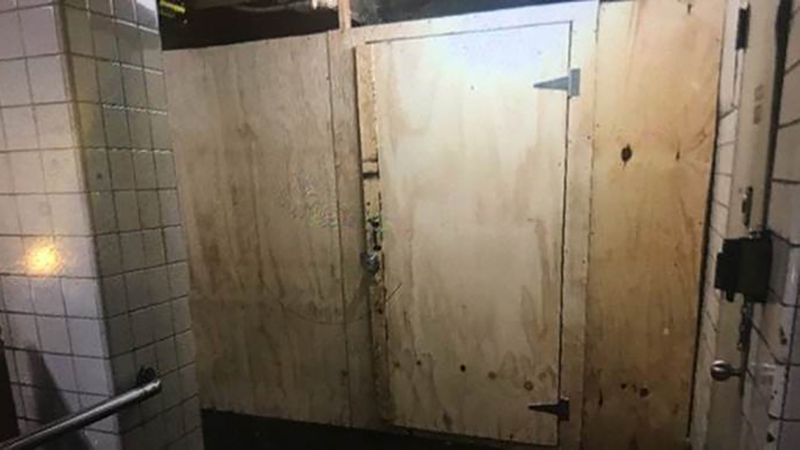 NEW YORK (WABC) -- Authorities decided that the best way to catch a subway graffiti artist who loves President Trump was to build a wall.

The NYPD and MTA set up a fake wall made of plywood at the Borough Hall/Court Street station in Downtown Brooklyn.

The officers, along with subway workers, came up with the idea after numerous commuters complained about the "#ilovetrump" graffiti at the station.

They put up a fake wall, complete with a padlocked door for worker access which looked similar to a construction area, on March 12.

Officers hid behind the wall and waited until the vandal showed up. When he did, they jumped out from behind and made the arrest.

"Sure enough, our man came back and put up again in #lovetrump on the beam, so they caught him live writing on the beam," said NYPD Chief of Transit Edward Delatorre.

43-year-old Jamie Montemarano of Midwood was charged with criminal mischief and making graffiti.