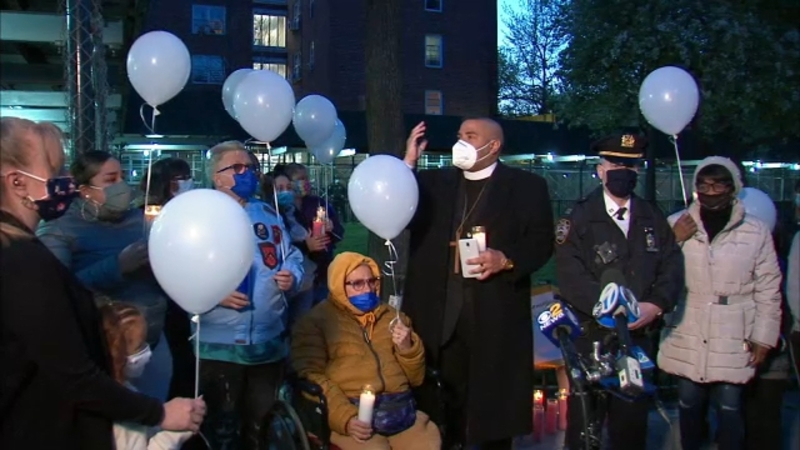 WOODSIDE, Queens (WABC) -- A vigil was held in Queens Monday night to mourn the loss of twin infants allegedly murdered by their mother in a New York Housing Authority Building.

The family of twin infants Dakota and Dallis Bentley, held a candlelight vigil outside the Woodside Houses on 51st Street.

The infants' 23-year-old mother Danezja Kilpatrick was arrested after the babies were found dead inside their NYCHA apartment in Queens on Thursday, April 22.
EMBED More News Videos

A 23-year-old mother has been charged with murder after her twin babies were found dead inside a New York City Housing Authority building in Queens Thursday.

Authorities say a relative that had grown concerned after speaking with their mom called 911 and asked for a wellness check.

The relative was worried about the safety of the twins after she said she had not seen them since they were born on March 7.

Police officers responded to the Woodside Houses on 51st Street in Woodside just after 3 p.m. and found the twins unconscious.

They discovered 6-week-old Dallas inside a crib, and the mother then directed them to Dakota, who was wrapped in a blanket under a sink.


Both babies were unresponsive and were pronounced dead by EMS.

Police say the mother told officers enough of the grim, desperate details for them to place her in custody.

A knife was recovered at the scene. Officials say the boy was struck on the back of his neck with the knife. The girl had no visible injuries.

The cause of death for both of the babies is still being determined. Officials say the twins were born on March 7.

The identity of the father is not yet known.