KABC
By ABC7.com staff
LOMA LINDA, Calif. -- A father who sang the Beatles song "Blackbird" to his dying newborn son told mourners he was overwhelmed by the support he received after a video of him singing went viral.

Chris Picco said he cannot adequately express his gratitude for the outpouring of prayers and support he's received, including strangers touched by his story.

"I could never articulate how much your support and your strength, and your prayers, and your emails and your Facebook messages and your text messages ... I don't even know how any of you got my number but there's been a lot of 'thank you,'" he said at a memorial service for his wife, Ashley, and their son, Lennon. 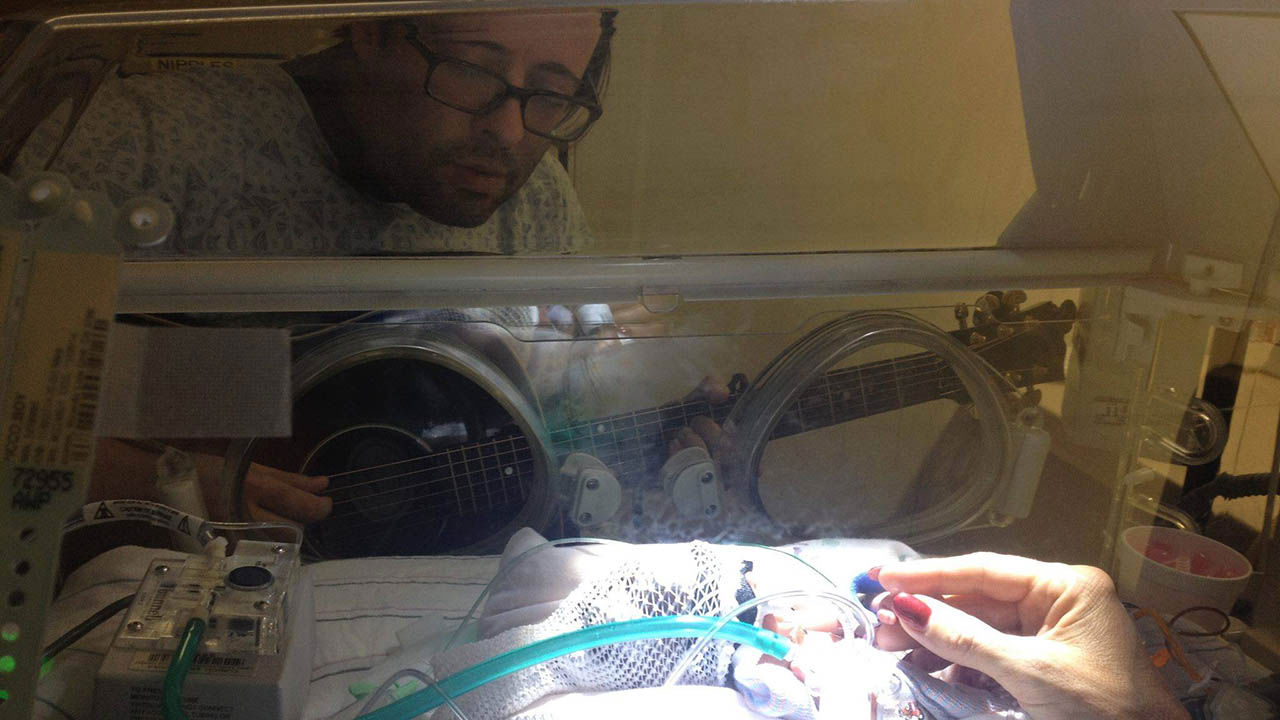 PHOTOS: Man's newborn passes away just days after wife's death
Lennon Picco was delivered via emergency C-section after his mother Ashely passed away in her sleep on Nov. 8. Video of his father singing the Beatles' "Blackbird" to his dying newborn son Lennon is being shared across the world.

Family and friends gathered at Loma Linda University Church Saturday to say their goodbyes. Lennon was delivered by emergency C-section, 16 weeks premature, after his mother Ashley passed away in her sleep on Nov. 8. Lennon died four days later.

"Your whole life just changes in a moment," Picco said, speaking exclusively to ABC. "I knew that was going to happen with the birth of my son, I just didn't think it was going to be this soon. So it's just been unexplainable and just completely overwhelming and all encompassing and shattering."

Picco decided to bring his guitar into the NICU after recalling how Ashley would tell him how Lennon would move around in her belly while they listened to music. A friend captured the video of him covering "Blackbird." In it, he softly urges Lennon to "take these broken wings and learn to fly."

The couple, married in 2007, met in New York when both were volunteers helping firefighters after the Sept. 11, 2001 attacks. Picco said the story of how he and his wife met shows that something good came out of a tragic event.

"So from this unspeakable tragedy ... I want good to come out of this," he said.

He hopes the video will bring strength to others going through similar situations. 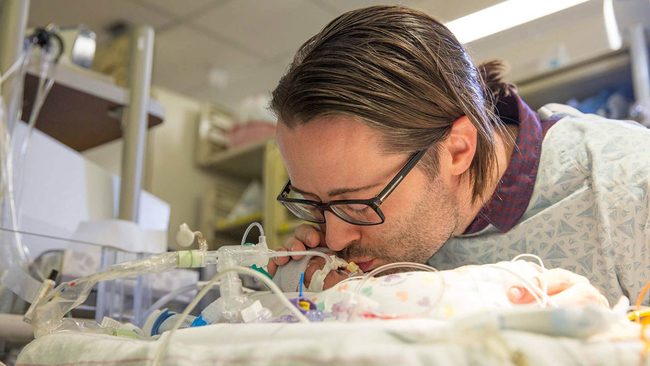