Overnight subway shutdowns in Manhattan and Queens for repair work 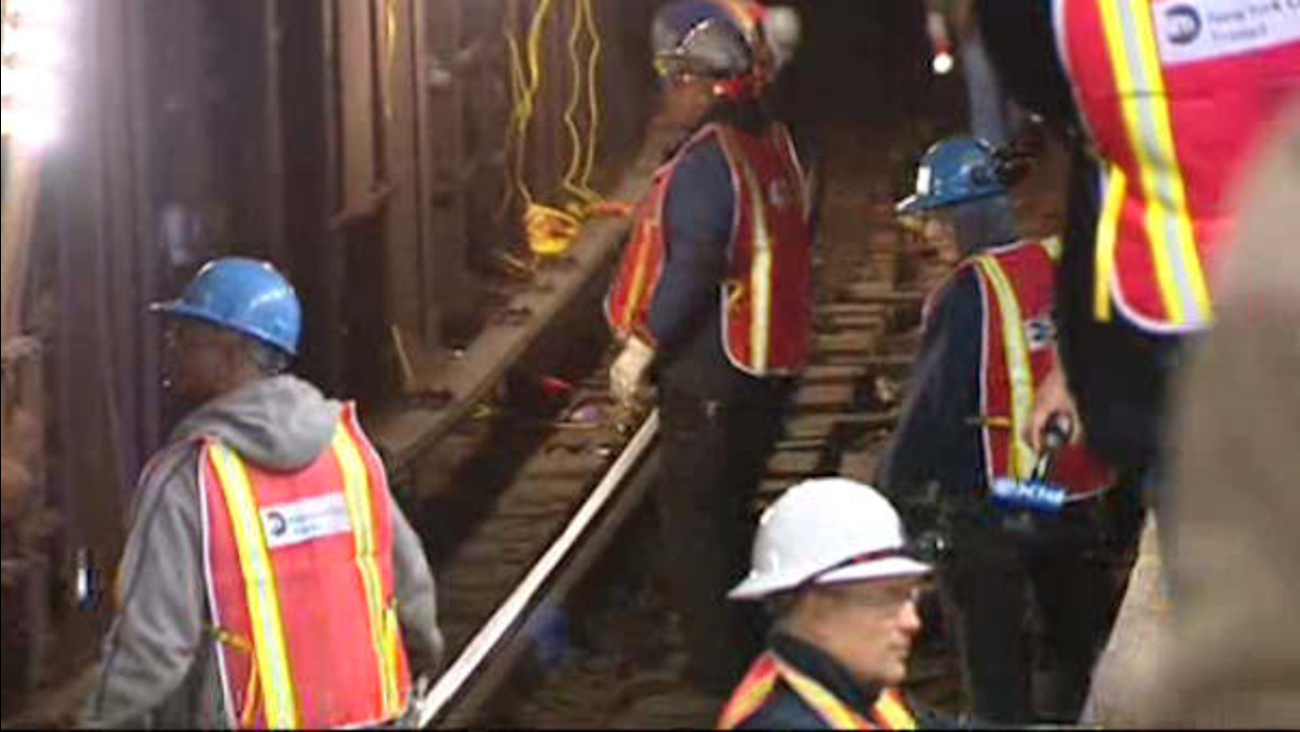 NEW YORK (WABC) -- An alert for commuters this week: the MTA will be suspending service overnight on the E, F, M, and R lines in Manhattan and Queens for its FASTRACK repair program.

The changes will take effect for the next weeks on the Queens Boulevard line.

Beginning Monday, March 30, from 10 p.m. to 5 a.m., for four consecutive weeknights, and from Monday, April 6, to early Friday morning, April 10, E service will be suspended between Roosevelt Ave and World Trade Center.

F service will be suspended between Roosevelt Ave and 21 St-Queensbridge.

M service will end early between 71 Av and Essex St each night.

R service will end early between 71 Av and 36 St in Brooklyn each night.

How trains will operate:

E service will operate in Queens between Jamaica Center and 74 St/Roosevelt Av.
M service ends early between 71 Av and Essex St. M shuttle service between Metropolitan Av and Myrtle Av will run all night.
R service ends early between 71 Av and 36 St in Brooklyn. R shuttle service will run all night in Brooklyn between 95 St and 36 St.
F service will operate in two sections as follows:
Between Jamaica-179 St and 74 St-Roosevelt Av.
Between Coney Island-Stillwell Av and 21 St-Queensbridge.

During the MTA's previous FASTRACK in November 2014, train service was suspended for four consecutive nights along a five-mile section of the Queens Boulevard line between Roosevelt Av and 5 Av/53 St on the E and 21 St-Queensbridge on the F, as NYC Transit workers took full advantage of the seven hours of train-free access each night to perform a range of cleaning and maintenance tasks of station and tunnel infrastructure, signal equipment, and track and third rail components.