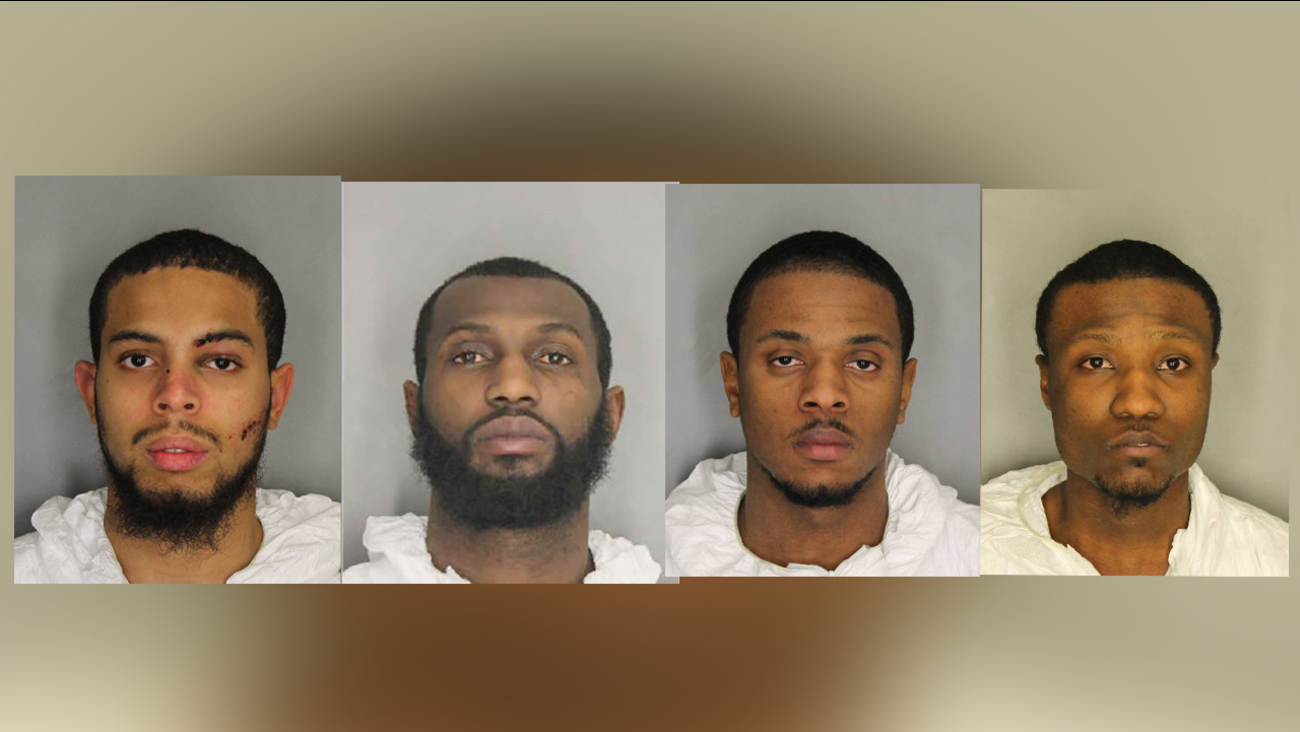 NEWBURGH, New York (WABC) -- Authorities say four suspects who led police on a chase are under arrest after a man was fatally shot in Orange County Friday night.

Police said 40-year-old Jermaine Cooper had been shot on Hasbrouck Street in Newburgh around 10:30 p.m. Cooper, of Newburgh, was transported to St. Luke's Hospital, where he later died from his injuries.

Witnesses told police that people inside a white SUV shot Cooper, and police determined that the suspects fled in a Toyota Rav4 toward Route 9W. An officer noticed the SUV and attempted to make a traffic stop, but the vehicle fled.

The suspects led police on a chase until their SUV crashed near Smith Street and Lent Street in Poughkeepsie. Four men tried to flee from the car on foot but were apprehended.

Anyone with information is urged to contact the City of Newburgh Police Department at (845)561-3131.