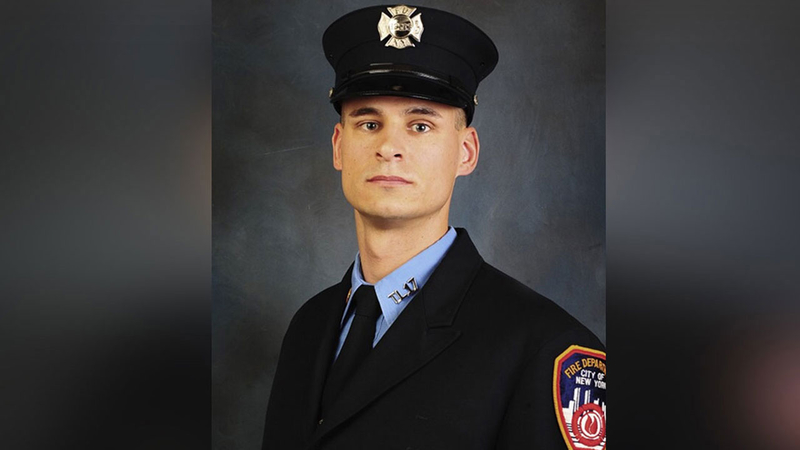 CLAREMONT, Bronx (WABC) -- Family, friends and fellow firefighters are gathering Thursday at a wake for a fallen U.S. Marine who was also a decorated FDNY firefighter.

The wake is being held at the Joseph A. Lucchese Funeral Home on Morris Park Avenue in the Bronx from 2 p.m. to 4 p.m. and 7 p.m. to 9 p.m. Funeral services are set for Friday at St. Thomas Church on West 53rd Street in Manhattan.