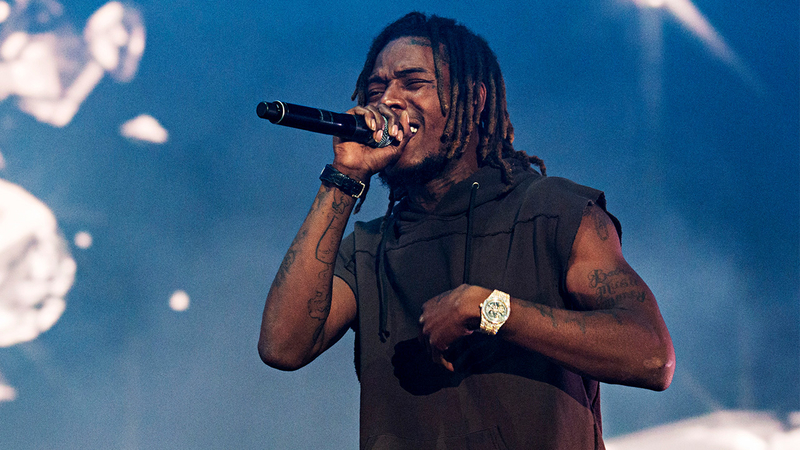 NEW YORK CITY -- Rapper Fetty Wap, who was arrested on a drug trafficking charge last week, is being released from custody on $500,000 bond.

The rapper, who is also known as Willie Junior Maxwell II, was indicted along with five others on a drug trafficking conspiracy charge, after federal prosecutors say the men allegedly transported, distributed drugs including heroin and fentanyl in Long Island, according to an indictment announced Friday.

US District Judge Joanna Seybert approved his release with conditions including: GPS monitoring, random drug testing, that he surrender his passport and receive approval before traveling, according to John Marzulli, a spokesman with the US Attorney's Office for the Eastern District of New York.

The indictment, which was filed on Sept. 29 and unsealed last week, charged Maxwell with one count of conspiracy to distribute and possess controlled substances.

The other defendants were also charged with an additional count of use of firearms in connection with a drug trafficking crime.

In a press release, authorities allege a pipeline of drugs ran from the West Coast to the East Coast, "contributing to the addiction and overdose epidemic we have seen time and time again tear people's lives apart."