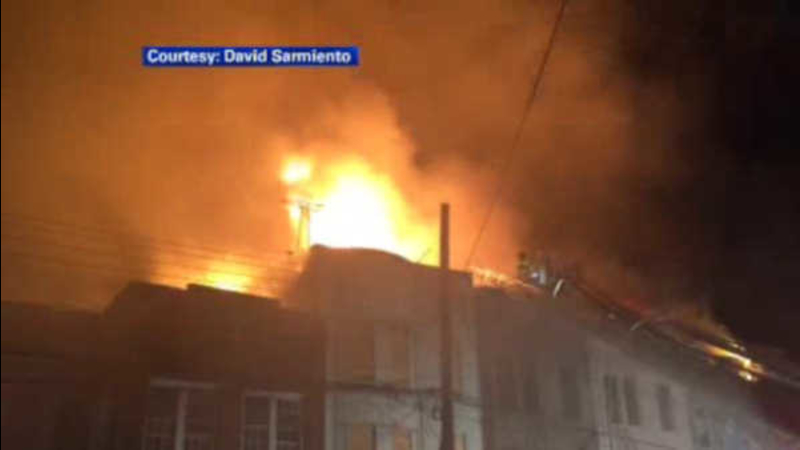 TREMONT, Bronx (WABC) -- At least 89 people have been displaced and nine people, including six firefighters, injured after massive fire burned through a block of homes in the Tremont section of the Bronx overnight.

The six-alarm fire broke out in one home on Valentine Avenue just before 11:45 p.m. Thursday and quickly spread.

Nine homes, three of which were vacant, were damaged by flames, with five sustaining severe damage.

FDNY Deputy Assistant Chief Edward Ferrier says the fire took advantage of the combustible construction in the wood-frame row homes and were pretty much devastated.

"Right now, the Department of Buildings is looking at it, possibly for demolition," he said. "Due to heavy volume of fire on arrival, it is under investigation by the fire marshals."

Several Red Cross teams are providing emergency assistance to those who are affected. Housing, food, water, blankets and clothing, as well as emotional and physical health support will be provided. A reception center has been provided for families at the local Salvation Army at 2121 Washington Ave.