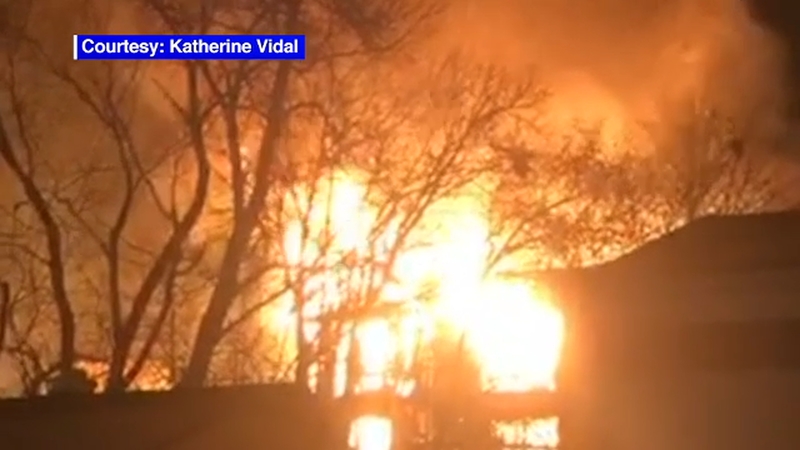 Firefighters battled the fire off Crompound Road in Peekskill for more than eight hours, using ladder trucks to put water on the building throughout the night.

The assistant fire chief said the building was completely engulfed in flames when they responded just after 10 p.m.

They had trouble initially getting water on the building as there were no nearby hydrants, so they called in tanker trucks.

But the building was already gone, taking less than an hour before it burned to the ground.

"This is one of the worst fires I've seen in Peekskill in five or six years," Assistant Fire Chief Mike Sniffen said. "Yorktown came with tankers. We had departments from all over. We've got Ossining covering houses. On location, we had at least 150 firefighters."
It was set to be a senior living complex with 52 units under construction.

The building was made of mostly wood, sending embers flying around and leaving neighbors nearby fearful that it might spread.

Fortunately, there were no injuries.