3 men dead after fire rips through vacant home in Queens 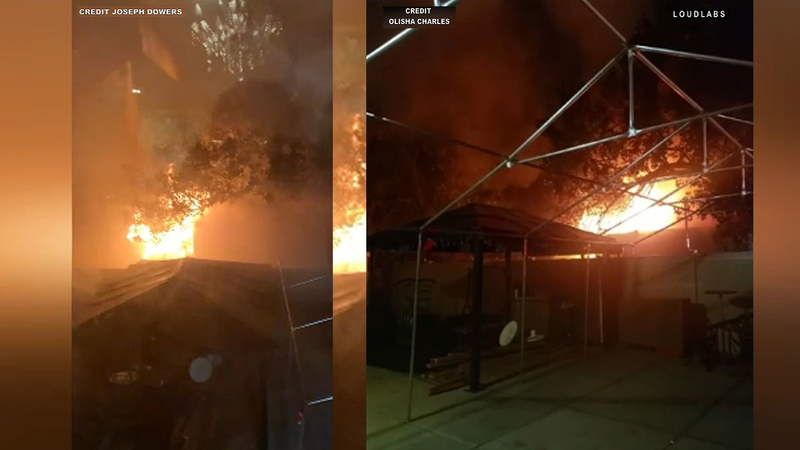 3 men dead after fire rips through vacant home in Queens

Firefighters arrived just before midnight Thursday to find flames shooting from a home at Farmers Boulevard and Jordan Avenue in St. Albans.

The blaze was consuming the structure from the cellar all the way up to through the first and second floors.

As firefighters worked to control the fire from inside the building, they found three men -- two on the first floor and one on the second.

All were unresponsive, and EMTs later pronounced them dead.

3 people were killed in a fire on Farmers Boulevard last night and 4 firefighters injured. The deceased appeared to be squatting in the home that was vacated. @ABC7NY pic.twitter.com/GiB0w8poEn

One of the firefighters fell through a hole in the floor to the basement, and four firefighters were treated for minor injuries in total.

Fire officials said crews were not expecting to find anyone inside because the home was vacant and had a marking outside indicating that was the case.

"It indeed is a vacant building, and (we) confirm that ConEd hasn't supplied power to the building in approximately two years," FDNY Assistant Chief Joseph Jardin said. "That house was boarded up for a while, so I can only assume that they were living there as squatters."

Eyewitness News is told the victims were each between the ages of 35 and 40.

The medical examiner is working to identify them.

Fire investigators remained on the scene trying to determine what sparked the blaze.