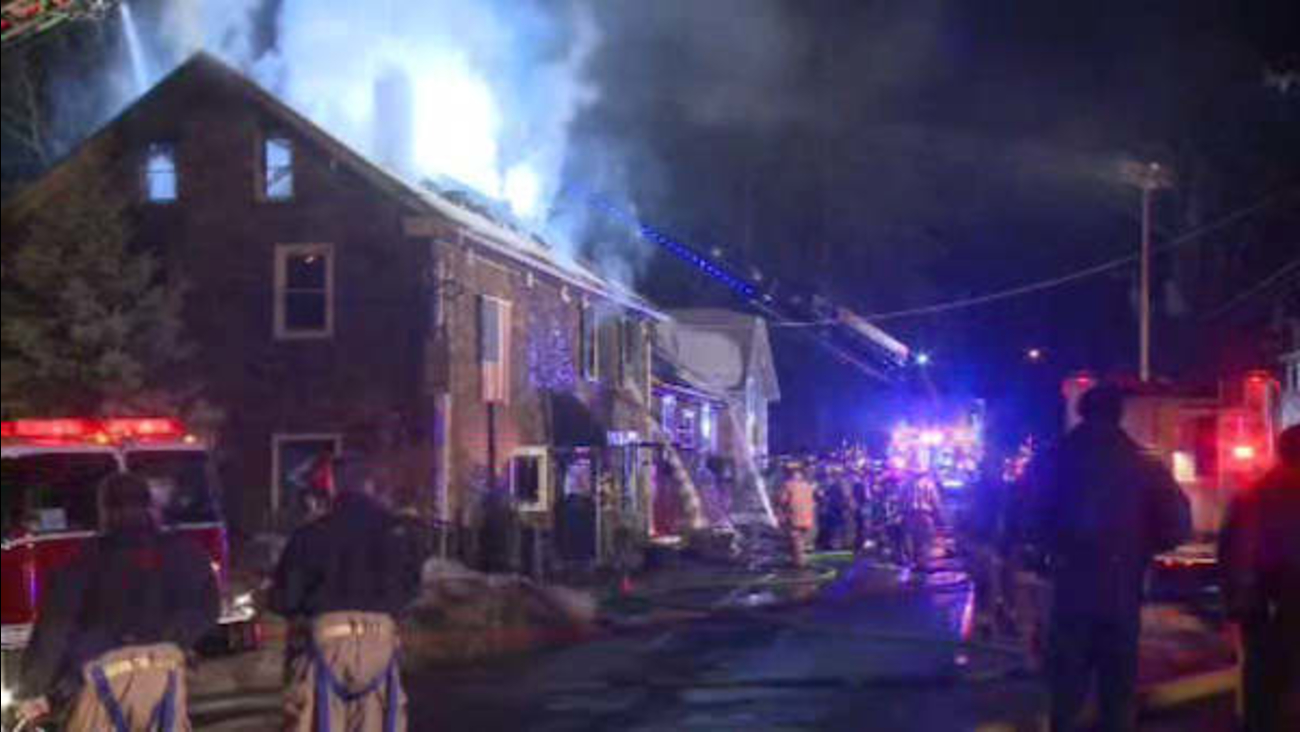 DELAWARE TOWNSHIP, N.J. -- An historic New Jersey restaurant has been gutted by an early morning fire.

Flames tore through the roof of the two-story Sergeantsville Inn in Hunterdon County around 2 a.m. Monday.

The stone structure dates back to the early 1700's when it used to be a private home.

No one was inside at the time.

Although the building has gone through several owners, the original structure and additions have been preserved. The inn once hosted George Washington.

According to its website, The Sergeantsville Inn was converted from a private home into a grain and feed store in the 1830s. The restaurant opened in the early 1900s.