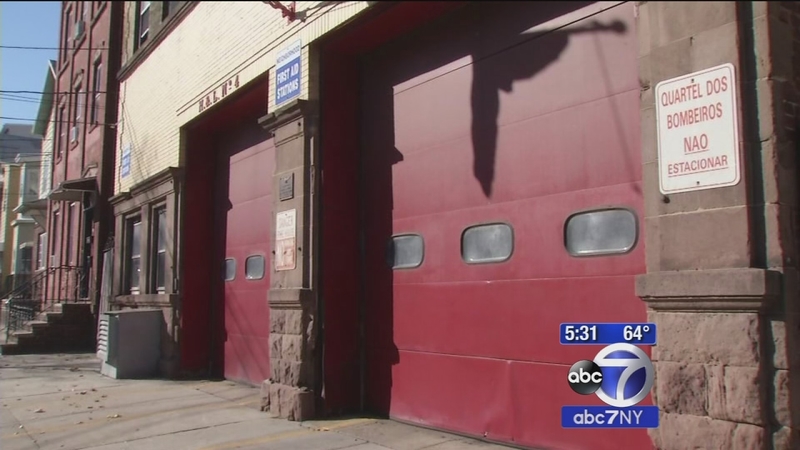 NEWARK, N.J. (WABC) -- A young woman says she was served vodka, and then assaulted by two firefighters in Newark.

Now, police are investigating exactly what happened inside the firehouse.

According to sources, the victim met the firefighters following a concert at the Prudential Center last weekend.

The 23-year-old woman apparently told the uniformed firefighters she got separated from her friends and her cellphone was without power.

The firefighters offered to help and the woman ended up at the fire house on Congress Street in the Ironbound section of Newark.

She had reached out to a friend and asked him to meet her at the firehouse.

While the 23-year-old woman was in the firehouse, she says she was offered some alcohol and began drinking.

She was allegedly invited up to the sleeping quarters and went along. There are no indications she was forced.

According to the source, the woman had sexual encounters with two firefighters.

At some point there was a disagreement and the woman left the firehouse with the friend she called earlier.

The alleged victim went to a hospital in the county where she lives to be tested with a rape kit and reported the alleged sex assault.

The firefighters involved in the alleged incident have not been suspended from the department, but do face administrative charges pertaining to bringing the victim back to the firehouse.