Fourth of July fireworks light up sky over East River 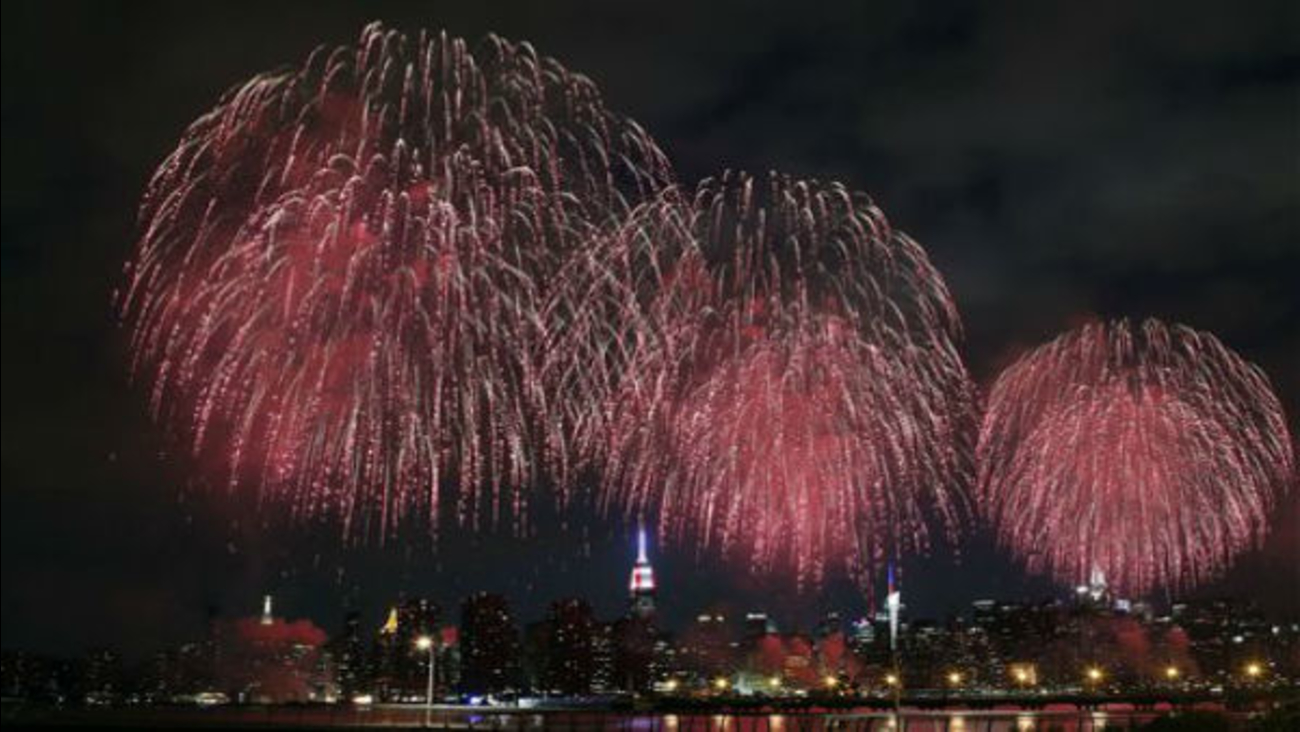 Fireworks explode over the East River in front of the Manhattan skyline as seen from Brooklyn. (AP Photo/Jason DeCrow) (Jason DeCrow)

50,000 shells in 22 colors fired off from 5 different barges up and down the East River in the largest display of Fourth of July fireworks in the whole country. 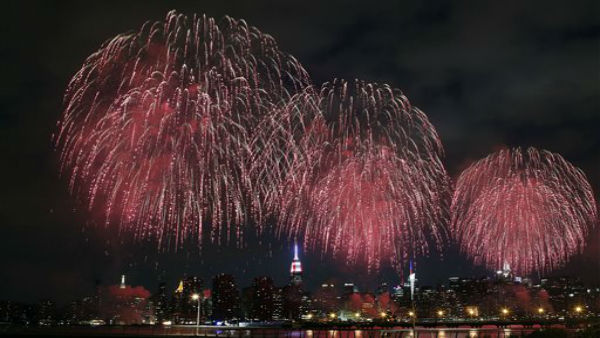 PHOTOS: Macy's 4th of July Fireworks light up New York sky
50,000 shells in 22 colors fired off from 5 different barges up and down the East River in the largest display of 4th of July fireworks in the whole country.

An estimated 3 million people flocked to both shores of the East River, packing onto the FDR drive, and to get there they had to run a gauntlet of security.

Thousands of officers with handheld explosive detectors, bomb sniffing dogs, and heavy duty weapons, amid increased concern of a lone wolf attack during this celebration of independence.

The fireworks were a magnificent display for which Tiffany Mincey sat on a bus for 7 hours from Rochester to come see. At a time when people have so many differences, she says that on the 4th of July, everyone is an American.

"It's kind of like we all can come together and watch something so spectacular and have fun," says Mincey, "everybody's out here to have fun, so I love this."