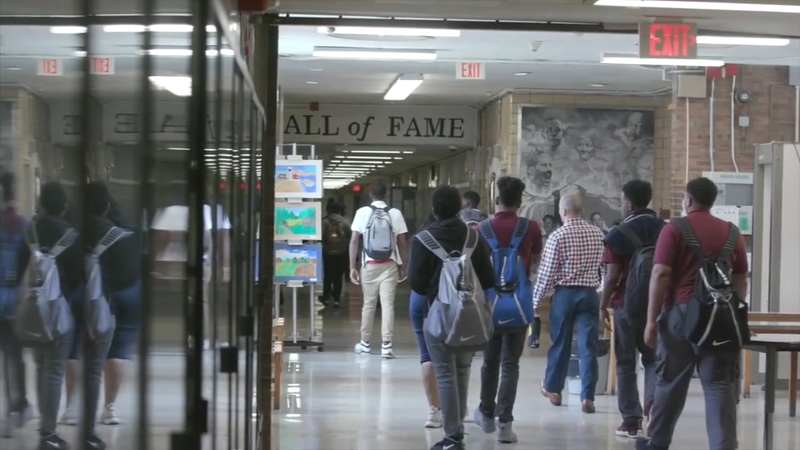 NEWARK, New Jersey (WABC) -- Thousands of Newark students returned for their first day back to school on Tuesday, under city control for the first time in decades.

Newark's new Superintendent, Roger Leon, went back to his roots. He joined Mayor Ras Baraka at the Hawkins Street School, where Leon once attended and then later taught.

The New Jersey Board of Education voted in September 2017 to return control of the schools to Newark after 22 years of state oversight.

The focus now is on improving test scores and attendance.

The district held a pep rally last week at the Prudential Center to drive that point home. Officials say that last year, close to a third of their 36,000 students missed 19 days or more.

Leon has asked each of the school district's 6,000 employees to call five homes on a regular basis to make sure kids show up.

"It's not about being poor," he said. "There are children who are poor in this school, throughout our schools. It's about what we do with them when they arrive."

Many did arrive in uniform and ready to learn.

"I'm going to be a meteorologist," first-grade student Julio Olivo said. "And I know why, because I want to see what's wrong with the volcanoes and why they're spilling lava. I don't even know why."

Parents told Eyewitness News they were happy to finally have local leaders in charge.

Then there's a whole separate issue of the heat, as the air conditioners work overtime with temperatures soaring into the 90s. Leon said he does not anticipate schools closing early, but he will be monitoring things especially in buildings that don't have air conditioning.