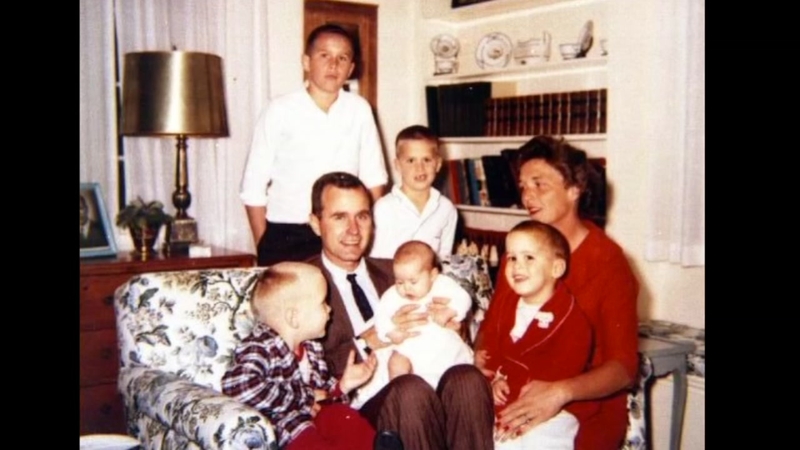 Barbara Bush: A Move to Houston

HOUSTON, Texas -- Former first lady Barbara Bush has died at the age of 92, surrounded by family.

Here are some things to know about her:

The Barbara Bush Foundation for Family Literacy began during her White House years, with a goal to improve the lives of disadvantaged Americans by boosting literacy among parents and their children. The foundation partners with local programs and had awarded more than $40 million as of 2014 to create or expand more than 1,500 literacy programs nationwide.

"Focusing on the family is the best place to start to make this country more literate, and I still feel that being more literate will help us solve so many of the other problems facing our society," she wrote in her 1994 memoir.

THE WHITE HAIR
Barbara Bush's brown hair began to gray in the 1950s while her 3-year-old daughter, Pauline, known to her family as Robin, underwent treatment for leukemia. She died in October 1953. Barbara Bush eschewed dying her hair, which ultimately turned white. She later said that dyed hair didn't look good on her and credited the color to the public's perception of her as "everybody's grandmother." Her son George said that a "crowning achievement" of his father, who was fond of coming up with nicknames for friends and family, was anointing Barbara, "The Silver Fox."

THE PEARLS
Barbara Bush's triple-strand false pearl necklace sparked a national fashion trend when she wore them to her husband's inauguration in 1989. The pearls became synonymous with Bush, who later said she selected them to hide the wrinkles in her neck. The candid admission only bolstered her common sense and down-to-earth public image. A version of the necklace, "the famous triple strand, hand-knotted on a gold-toned clasp," was even available for $125 at the George Bush Presidential Library and Museum at Texas A&M University.