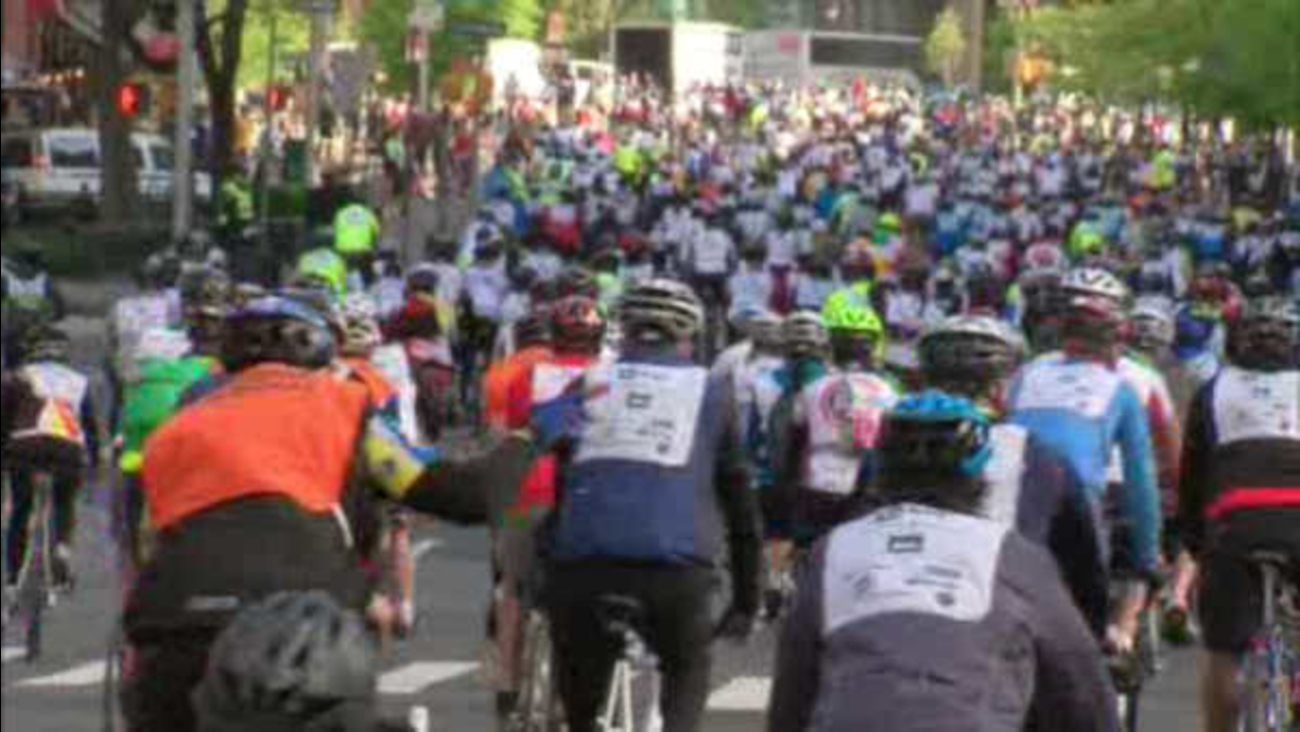 Organizers say that participants should not bring any bags, but the small ones attached to bikes.

The 40-mile route takes cyclists from Lower Manhattan up to the Bronx, then into Queens and Brooklyn, and finally over the Verrazano Bridge into Staten Island.