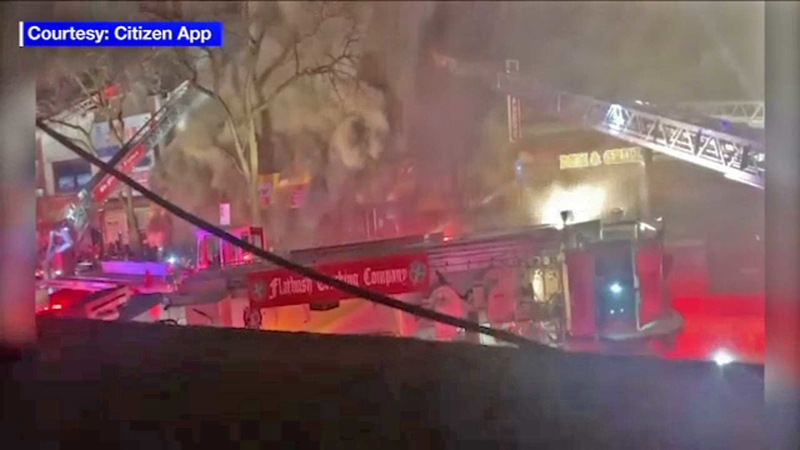 FLATBUSH, Brooklyn (WABC) -- A five-alarm fire that broke out early Saturday morning in Brooklyn has been declared under control.

The blaze broke out around 2:30 a.m. on the first floor of a 2-story mixed commercial building in the 1900 block of Church Avenue in Flatbush.

Video from the Citizen app showed heavy smoke coming from the structure.

It quickly grew to five alarms.

Forty units and 170 FDNY personnel were called to the scene before the fire was finally declared under control at 5:29 a.m.

Four firefighters were treated for injuries described as minor.

The cleanup is expected to be extensive, and storefronts up and down the street have been affected.

Fire marshals are working to determine the cause.