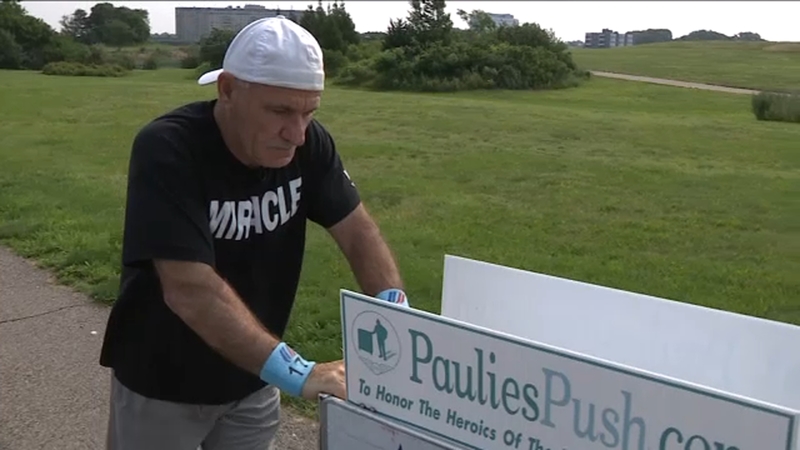 NEW YORK (WABC) -- As the nation prepares for the 20th anniversary of the Sept. 11 terrorist attacks, a Massachusetts man is honoring the flight attendants on board the hijacked planes.

"Every time I look at their pictures, it's like yesterday," said former flight attendant Paulie Veneto.

Veneto is planning on pushing a beverage cart from Logan International Airport in Boston to Ground Zero in New York to honor the crewmembers.

For two months before 9/11, Veneto worked on Flight 175 and worked side by side with some of the victims.

"Of course we were all impacted, but us in Boston where these planes left, we were really impacted," he said.

The horrors of that day started a nearly 15-year battle with opiate addiction that almost ended his life.


Veneto, 62, is using his more than 200-mile journey to raise money for the victims' families and their foundations and collect donations for those struggling with addiction.
"Sept. 11 coming up will be six years sober on that day when I come into New York," he said.

He said his main goal is to pay tribute to these flight attendants who showed unbelievable strength and courage under the worst conditions.

"I'm doing it to get them recognized for their heroics," he said. "That's it. No other reason, cause they were heroes that morning."


Veneto is starting his journey on Aug. 21.