Plane from Newark Liberty Airport slides off runway when landing in Maine, 5 injured 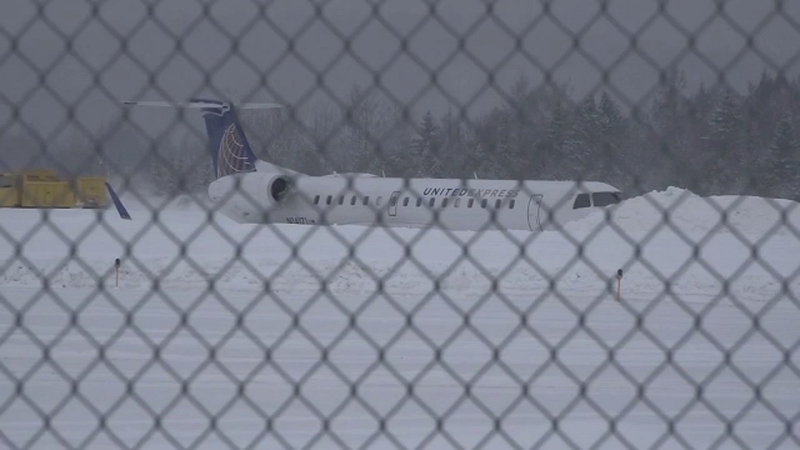 An official said the pilot aborted the first landing attempt and requested runway lights be turned on due to low visibility before the second attempt 11:30 a.m. Monday. The 50-seat Embraer 145 came to rest on the east side of Presque Isle Regional Airport's runway with damage to its nose cone and landing gear.

Images from the scene showed the jet in deep snow.

The CommutAir-operated flight from Newark, New Jersey, had 28 passengers and three crew members. A city spokeswoman said the injured were treated and released.