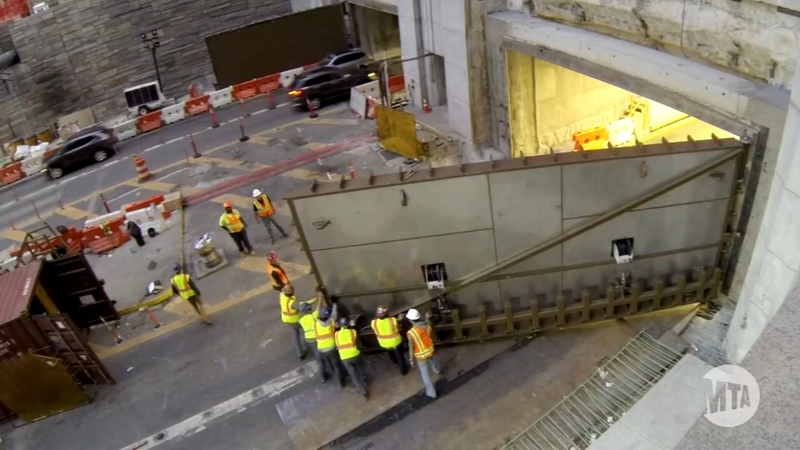 He said, however, that they put the first four gates on the flood-prone sides of the two tunnels, so that in the event of a major storm the MTA can currently seal the tunnels in about 30 minutes.

While the Norfolk, Virginia, area already uses tunnel flood gates, they are much smaller than those now deployed by the MTA.

DeSantis said retrofitting the two tunnels with the huge flood gates has been a monumental undertaking that required ingenuity, investigation and intensely focused teamwork. The restoration of the two tunnels has included a complete rebuilding of the electrical, lighting and pumping systems, plus wall tiles and ceiling panels.