NEW JERSEY (WABC) -- It was a frightening morning for residents living along the bank of the Hackensack River in New Milford, Bergen County as the water rose and swallowed up several blocks of homes.

About 14 people had to be rescued from their homes by police.

The basement of one home has water coming up the stairs and all anyone can do is take a deep breath and wonder what's next?

The rain overnight was tremendous causing flooding at the bus depot in Oradell and creating a rushing river in Hawthorne.

New Milford was impacted by Hurricane Ida in September 2021. Some houses in this neighborhood were badly damaged and are still undergoing repairs so this latest flood is a big setback.

Eyewitness News' Derick Waller spoke by phone to a resident whose house was surrounded by water and said he never expected the river to rise so rapidly.

North of New Milford, News Copter 7earlier was over the New Jersey Transit Oradell Bus garage which was also flooded overnight, leading to delays and impact to service on nearly a dozen bus routes. The majority of the buses will be fine, if not all of them, but hundreds of buses had water up to their wheel wells.

The water slowly receded all day and the buses finally started leaving the Oradell Garage.

People with homes and businesses in this area say this is similar to what happened back in September with Ida, but that was a tropical storm. The circumstances this time were a little different.

The flooding was the result of a combination of factors including days of rainfall filling up the Oradell Reservoir, and rain from further north coming downstream. The owner of a roofing business hasn't slept since he got the call in the middle of the night telling him that the flood gates were open and all his equipment was about to get wet.

He says Ida was worse, but they had no warning this time.

"This storm, we weren't notified. Usually we're notified and we can get our equipment out, and we didn't have that," he said.

Repairs on the basement of the building containing the company's offices were only recently completed after Ida. Now they'll have to be done all over again.

In Lodi, police reported localized flooding on Main Street between Union Street and Kennedy Drive and near the Passaic Avenue Bridge.

Around 300 diners at Bottagra restaurant on Wagaraw Road were trapped by rapidly rising waters just after 10 p.m. and helped out by rescuers.

"You are talking about two feet high of water," said Gino Baglieri, a worker at the restaurant.

In nearby Paterson, firefighters were kept busy with flooding from the Passaic River, including helping workers trapped in a building at 85 5th Avenue.

Flooding was also reported north of the New Jersey state line in New York, where a driver was rescued from a car stranded at South Pascack Road and Grotke Road. 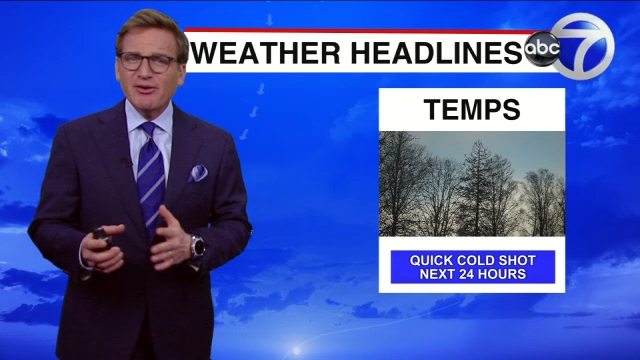