Yankees fans struck by lightning at game in Florida 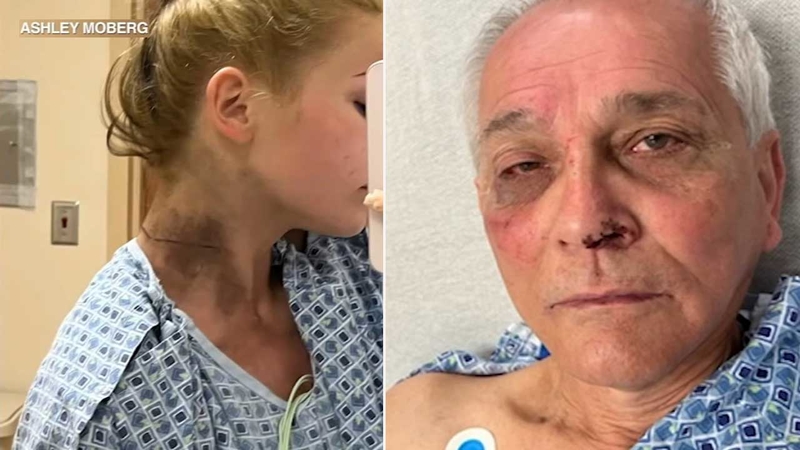 Yankees fans struck by lightning at game in Florida

FLORIDA (WABC) -- A father and daughter from Illinois are lucky to be alive after they were struck by lightning at a Yankees spring training game in Florida.

But as they ran from a thunderstorm at Steinbrenner Field in Tampa on Saturday, their dream trip became a nightmare when they found themselves under a tree and unable to locate their car.

That's when they were struck.

The Yankees announced that their Opening Day game against the Red Sox has been rescheduled to Friday due to forecasted bad weather.

"There was a bright flash and a loud boom that I heard, and the next thing I knew I was flying out of my shoes and my ears were ringing," Ashley said. "I thought my dad was dead for about 10 seconds there while I was lying on the pavement trying to figure out whether I had died."

John suffered a broken cheekbone, while Ashley has a burn line on her neck from her necklace.

But they are otherwise OK.

It is important to note how dangerous this situation was.

Trees actually serve as nature's lightning rods because of their height and deep roots, so running underneath one like these two did could cost you your life.

The Yankees have promised to make up for the experience, offering the Mobergs free tickets to one of their Chicago games against the White Sox in May, along with Ashley's long-desired Aaron Judge autograph.