ByArielle Mitropoulos and Will McDuffie via

JACKSONVILLE, Fla. -- The city of Jacksonville scrambled this week to increase the number of wheelchairs at state-run sites providing Regeneron's monoclonal antibody treatment for COVID-19, after an influx of patients came in need of care.

The city disclosed the effort when asked about a photo taken Wednesday at the site at the city's public library, which showed a woman, face down on the ground, as she awaited treatment.

Louie Lopez, who took the photo on Wednesday, told ABC News that the woman in the foreground, and another person pictured lying down in the background, appeared very sick.

"These people would come in and they just felt so horrible, they would lay down," Lopez told ABC News on Thursday. Lopez said that after some time, staff members at the site addressed the woman, covering her with a blue gown "to warm her up," before they "poured her into a wheelchair."

Lopez said that to his surprise, he was treated before either of the people who had been on the ground, even though his only symptom was a headache.

A spokesperson for the city confirmed to ABC News that, according to organizers at the site, the woman pictured was waiting to be treated with Regeneron's antibody treatment.

Florida Gov. Ron DeSantis has been a proponent of monoclonal antibodies, touring the state in recent days to encourage people to seek the treatment if they test positive, as many overwhelmed hospitals across the state struggled to meet the needs of the thousands of patients.

"The governor's message is extremely clear. Every time he has ever made a public remark on Regeneron, he has emphasized and reiterated that early treatment is necessary for the best chance of avoiding hospitalization," Christina Pushaw, the governor's press secretary, told ABC News.

With more than 17,000 patients hospitalized across the state with COVID-19, health officials in Florida have been warning that hospitals are running out of space. According to federal data, less than 7% of intensive care unit beds are available statewide.

The site only opened on Tuesday, but city officials told ABC News that the volume of patients seeking treatment more than doubled Wednesday.

In order to meet newfound need, state and local officials are "providing triple the number of wheelchairs, additional seating for those waiting in line and signage that directs patients to alert someone if they need any type of assistance," Nikki Kimbleton, the city spokesperson, wrote in a statement on Thursday.

Weesam Khoury, a spokesperson from the Florida Department of Health, along with Pushaw, insisted that the monoclonal antibody sites in Florida are "not overrun" and that the state is "dedicated to providing resources to Floridians that need it."

"We're not overburdened, we're continuing to allocate resources. We have ambulatory services, we have cots, we have wheelchairs," Khoury said.

DeSantis and others have said that people who seek out Regeneron must do so before their symptoms become severe.

Khoury said there are patients who do show up extremely sick to the sites, however, protocol suggests that if a patient is already at a point where they need hospital attention, medical professionals on site will refer them to ambulatory services.

"If they're in that state that's identified as it's too far progressed to benefit from monoclonal antibody treatment, and they need to go to the hospital, they're going to have to go to the hospital through the ambulatory service on call," Koury explained, adding that the best way to protect oneself is still vaccination. 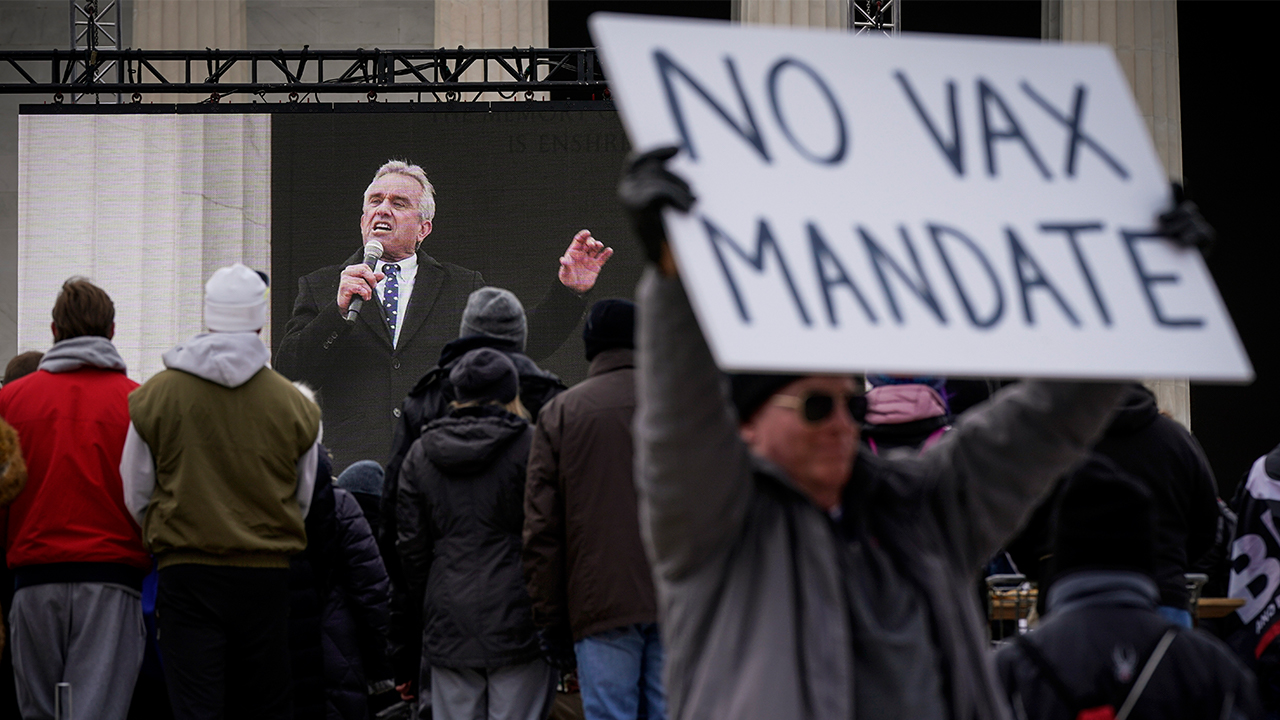