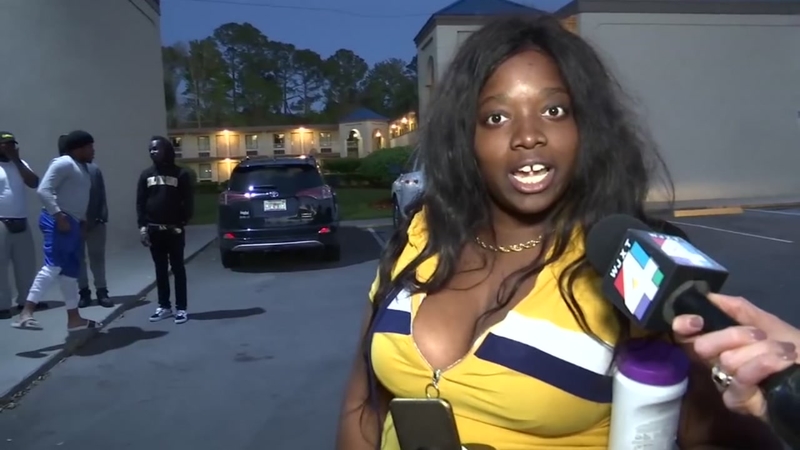 JACKSONVILLE, Florida -- A woman was arrested after stealing an SUV from an Ace Rent-a-Car.

WJXT reports that Gardina McCullough, 23 appeared in court Friday morning on car theft charges, with a bond set at $15,003.

McCullough was arrested after stealing a Toyota RAV4 from an Ace Rent-A-Car.

She was found less than a mile away, hiding at a hotel.

On the scene, McCullough told a local news station, "Demons told me to do it...I didn't take it, demons took it."

She continued, "I tried to rent it, but y'all didn't want to rent me a car. Y'all talking about how y'all didn't have any cars to rent so I stole y'alls (expletive)."

Police found McCullough hiding in a hotel room, when they eventually got into her room, they handcuffed her and put her in a patrol car.

Friday morning, when she appeared in court, McCullough was wearing a red jumpsuit, indicating that she requires extra attention at the jail.

McCullough has prior arrests in her record, including charges of trespassing, resisting police, theft of a firearm, battery of a law enforcement officer, and more.

She is due back in court on March 28.