New York health officials are urging residents to get the flu vaccine after a sixth pediatric death linked to influenza was reported.

NEW YORK CITY (WABC) -- New York health officials are urging residents to get the flu vaccine after a sixth pediatric death linked to influenza was reported.

Officials say the death was reported to the state the last week of December, but they did not release the child's age or other details.

Throughout the Tri-State, three children have died in New Jersey and one in Connecticut.

Health officials warn the virus is still widespread and they are encouraging people to get vaccinated.

There were over 278,000 positive influenza cases across all New York counties with a 7% decrease in hospitalizations, according to the Department of Health.

The CDC estimates there have been 14,000 deaths across the U.S. so far this season, including 74 influenza-associated pediatric deaths.

"It's not too late to get a flu shot, even into January and February, as getting a flu shot remains the best protection against the flu," Acting State Health Commissioner Dr. James McDonald said. "The flu is easily transmitted from person to person and can cause serious complications that may require hospitalization."

Research gathered by the CDC shows there are significant health advantages, especially for people who are at greater risk of getting sick.

Who should get vaccinated?

Everyone 6 months and older in the United States should get a flu vaccine once a year, with a few rare exceptions, according to the CDC.

There are different flu shots are approved for people of different ages.

The recombinant flu vaccine is approved for anyone over the age of 18, while the adjuvanted and high-dose inactivated vaccines are approved for people 65 and older.

People who are pregnant can get the flu vaccine.

RELATED How to tell the difference between RSV, flu and COVID-19

How does the flu vaccine work?

The flu vaccine causes antibodies to develop in the body about two weeks after receiving a vaccine, which protects the body against the flu.

Research is done to determine which influenza viruses will be most common during the upcoming season.

The vaccines that are developed in the United States are all "quadrivalent," which means they protect against four different strains of the flu virus at once, according to the CDC.

When you receive a flu shot, you'll get antibodies to protect you against the H1N1 and H3N2 viruses along with two "influenza B" viruses, according to the CDC.

There are several types of flu shots available in the United States each with its own unique properties.

This flu season, the CDC is recommending four different vaccines for adults 65 and older.

Anyone under the age of 65 can receive any of the flu shots available to them at their local pharmacy. 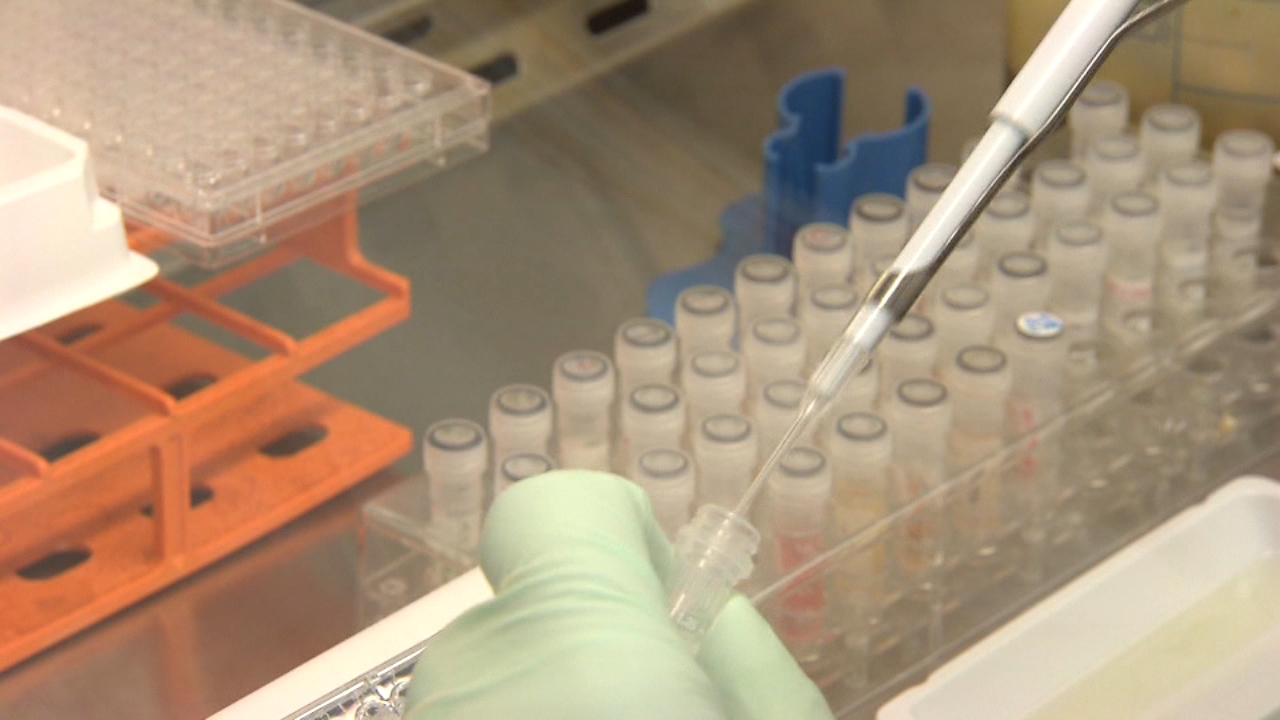 Researchers say universal flu vaccine is in the works