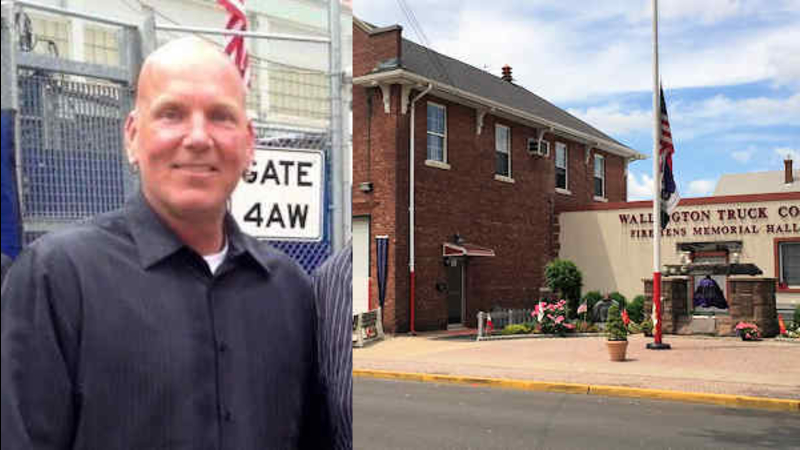 TOMS RIVER, New Jersey (WABC) -- A firefighter is being remembered after he was killed when his motorcycle collided with a van in Toms River Saturday, and police say the the driver of that van was a drunk teenager.

Authorities say 48-year-old Frank Stetz, of Wallington, was riding in the southbound lanes of the Garden State Parkway near exit 82 when he struck the rear of a Plymouth Voyager van around 8:35 p.m. The 17-year-old driver had apparently braked to stop in the center lane in an attempt to cross over two lanes and exit. Stetz rear-ended the vehicle and was ejected, and he was pronounced dead at Community Medical Center.

The flag is now flying at half staff outside the municipal building and the funeral bunting up on the fire house walls, all signs of a community in mourning for one of its own. Christopher Sinisi was his best friend and a fellow firefighter.

"Frankie was good-hearted, a good friend, a best friend," he said. "Would have given you the shirt off his back. Whenever you needed him, he was there."

Danny Szpty said he'd been out riding with his cousin Frank and another friend just hours before the crash.

"That was his life, that and the fire department," he said. "Those were the two things that he loved...he passed away doing exactly what he loved."

A memorial outside the firehouse that Stetz proudly called home stands in remembrance of all Wallington firefighters gone to soon, now another joining the ranks of the lost. Mayor Mark Tomko, himself a former fire chief, said it is also a reminder that this is a family and no one grieves alone.

"It's not just the firefighters themselves," he said. "It's the mothers, fathers, sisters, brothers, wives, all of us. You're there for one another."

Authorities say no other vehicles were involved in the accident, and no one else was injured.