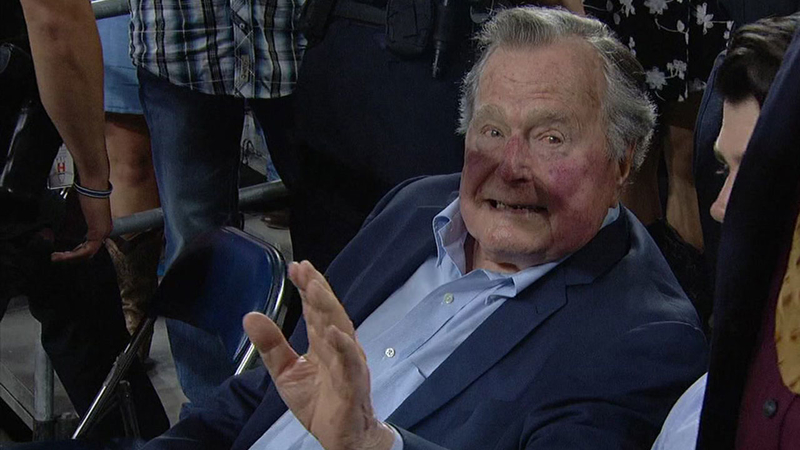 HOUSTON, Texas -- Garth Brooks fans were brought to their feet by another big name on the final night of RodeoHouston: former President George H.W. Bush.

NRG Stadium erupted in applause for the 93-year-old former commander-in-chief.

Bush was there to help celebrate the final night of the 2018 Houston Livestock Show & Rodeo.

On February 27, Garth Brooks opened the rodeo to long lines as more than 75,000 came to watch the country superstar.

Once again, a sold-out crowd is at NRG to see him close RodeoHouston on the star-shaped stage.