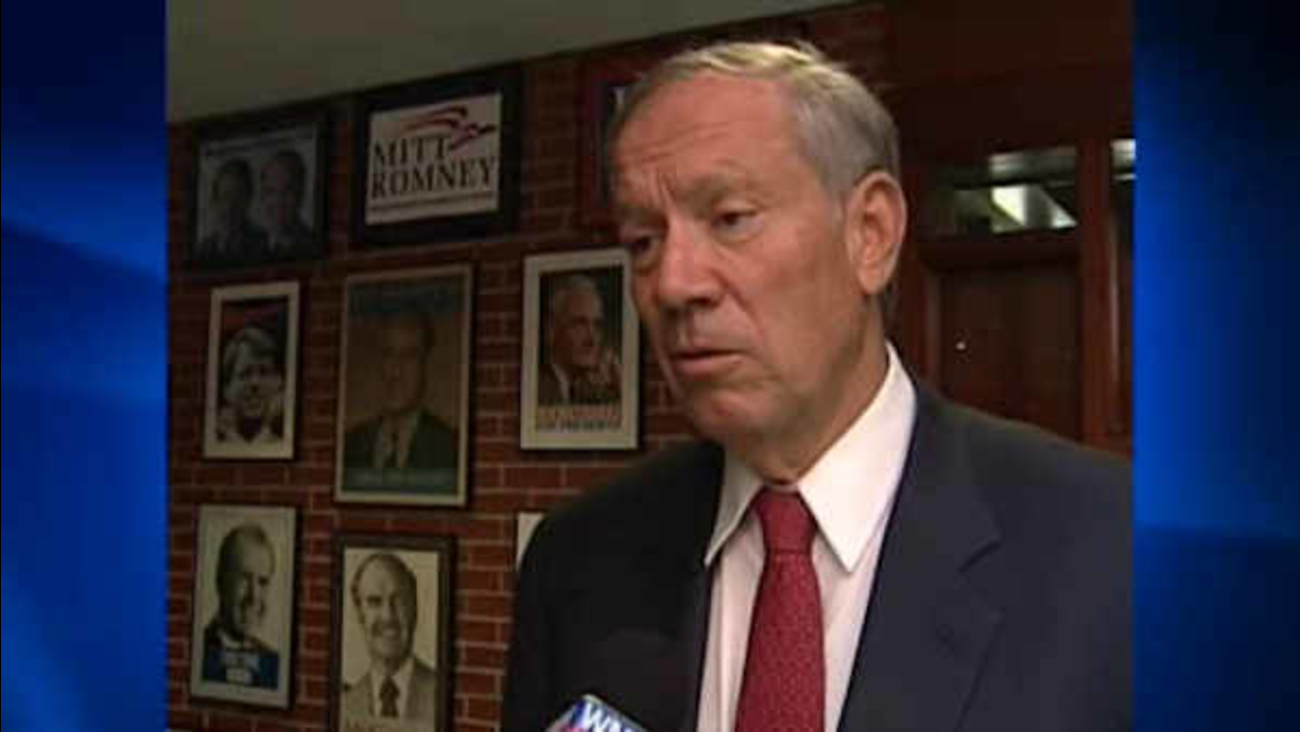 NEW YORK (WABC) -- Republican George Pataki is expected to announce his intentions for the 2016 presidential contest on Thursday after flirting with the idea in both 2008 and 2012.

The former three-term New York governor is scheduled to speak in Exeter, N.H., which served as the state capital during the Revolutionary War and claims to be the birthplace of the Republican Party.

Pataki already announced he is seeking the 2016 Republican presidential nomination with a web site and internet video that included Sept. 11 references.

The video ends with Pataki overlooking the 1 World Trade Center site. "That is exactly what we hoped. We would not just rebuild what was here, but build higher and taller and soar to new heights and show people we weren't going to think small or live afraid. It really does what we wanted it to do ..."

His formal announcement is 11 a.m. Thursday at Exeter Town Hall, a historic New Hampshire town frequently referred to as the birthplace of the Republican Party.

Clearly a longshot, Pataki has cited his electoral success in a heavily Democratic state - he knocked off liberal icon Mario Cuomo to become governor in 1994 - and ability to work with Democrats as among his strengths. But he's spent recent months promoting his conservative credentials, as those running for the Republican nomination invariably do.

In an earlier trip to New Hampshire, he campaigned against President Barack Obama's health care law, criticized Obama's executive order to offer protections against deportation to millions of immigrants living in the country illegally, and said the nation can't afford another Democratic president. He also has called for less government spending and limiting government power.

"We've seen an explosion in government power from Washington and the government is far too big, far too powerful, far too expensive and far too intrusive," Pataki said in New Hampshire earlier this year. "The need to reform Washington dramatically and reduce its power and influence has never been greater."

Pataki, 69, has worked as a lawyer and opened a consulting firm since leaving office in 2006. He's been a frequent visitor to the early nominating states of Iowa and New Hampshire over the years, and has made more than half a dozen trips to New Hampshire this year alone as he explored a 2016 campaign. His earlier efforts never resulted in a full-fledged campaign, however.

Known for his low-key style, he is trying to distinguish himself in a large pack of rivals, filled with big personalities.