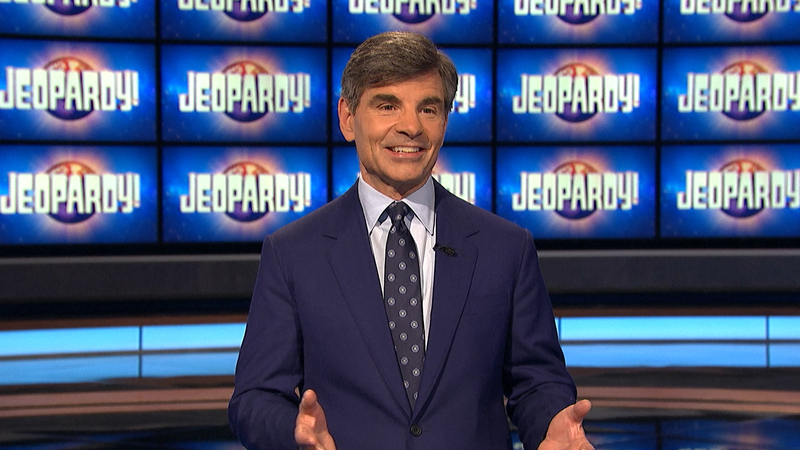 "This is really such an honor to have the chance to come and guest host," Stephanopoulos said. "Like everyone else, I grew up with 'Jeopardy!'"

While Stephanopoulos is no stranger to television, he admitted that he was nervous to host the iconic game show -- but one piece of advice from late host Alex Trebek stuck with the anchor.

The "Good Morning America" anchor, who is hosting the iconic game show all week long, takes "GMA" on set.

"It was the advice that Alex Trebek gave everyone every day when he talked about 'Jeopardy!,'" Stephanopoulos said. "'This is about the game, remember that first and foremost,' and I think that really does get to the heart of the job."

When asked which of his ABC colleagues would make a great "Jeopardy!" contestant, Stephanopoulos said senior correspondent Terry Moran.

"[He's] unbelievably well-read. Whenever he puts out posts on our emails, he impresses everyone with his erudition," Stephanopoulos said.