Man arrested in assault, robbery of 11-year-old girl in Queens 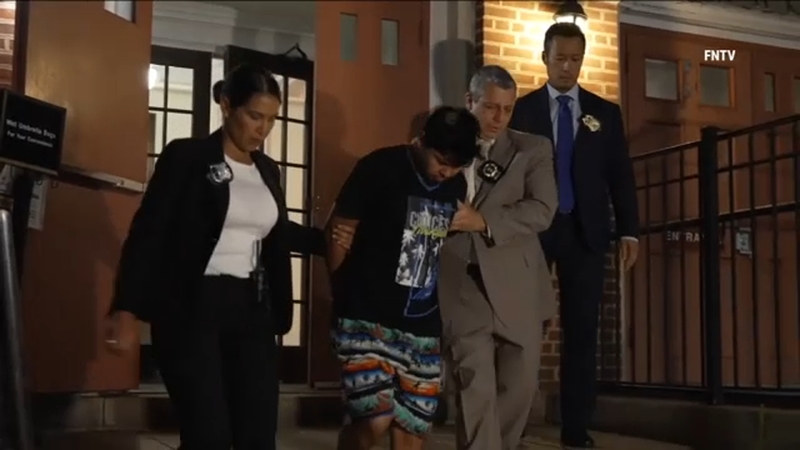 Suspect arrested in attack, robbery of 11-year-old girl in Queens

JACKSON HEIGHTS, Queens (WABC) -- Police have arrested the suspect in a disturbing attack on an 11-year-old girl in Queens.

Jonathan Perez, 34, is accused of grabbing the girl by the neck and dragging her into an alleyway on Sunday, where he threatened to sexually assault her.

Police say he robbed her of $20, her house keys, and her reusable grocery bag before a neighbor heard the child screaming and ran to help.

"My reaction was to help the girl, I can't say anything else," said Mariam, a Good Samaritan.

Mariam ran outside to find the girl on the ground and knew what he had to do.

"To help her, I helped her, the girl threw herself at me to help her, that's all I did, I could not catch him," Mariam said.

The victim suffered a cut to her throat and was taken to the hospital.

Perez is facing several charges including robbery, assault, kidnapping, acting in a manner injurious to a child less than 17, and menacing.

His most recent arrest was June 2, when police say he punched his girlfriend and stole her car keys. He was also arrested in June 2018 for allegedly soliciting a prostitute.