Veteran's therapy dog serves as best man at his wedding 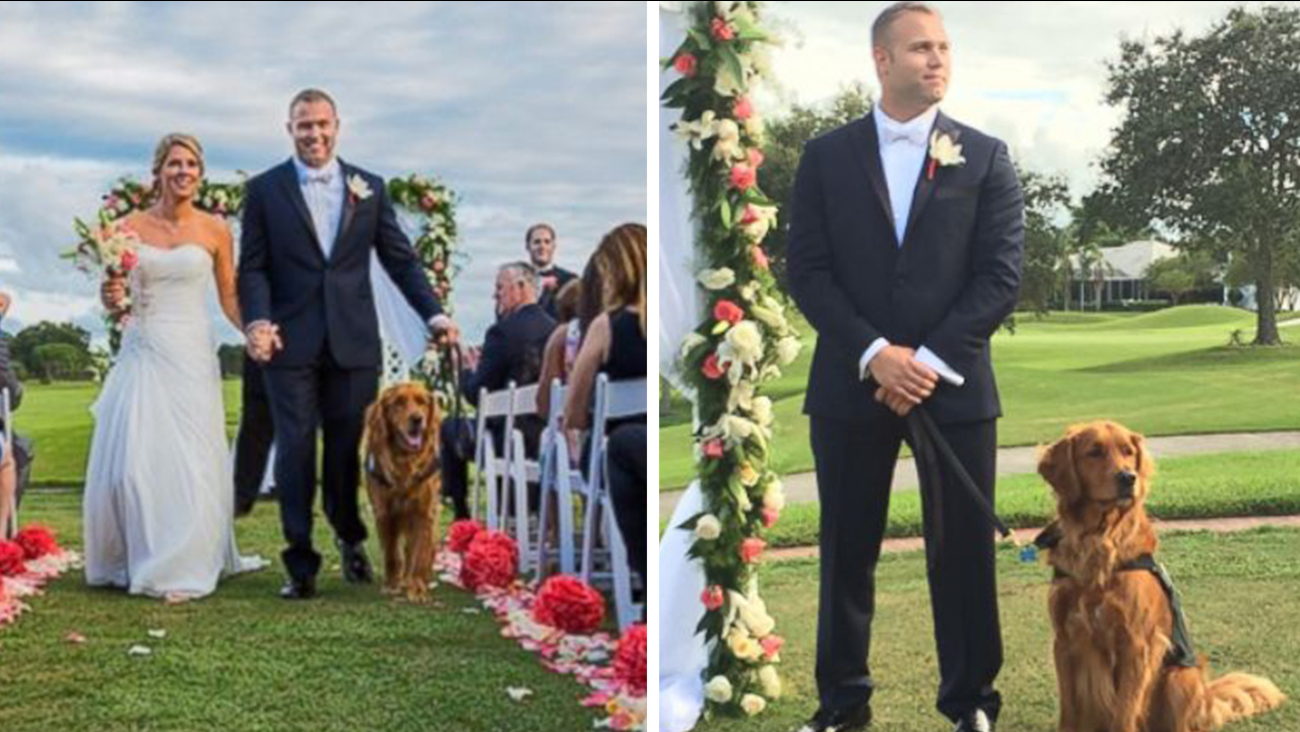 An Army veteran had his therapy dog serve as his best man at his wedding. (Brad Hall Photography)

Dogs are commonly known as man's best friend, but one canine made the leap from best friend to best man at his owner's wedding.

Justin Lansford, an Army veteran, got married to his longtime girlfriend Carol Balmes this past weekend in Largo, Fla. But the best man at the couple's wedding wasn't a relative or an old childhood friend. Rather, it was Gabe, the Golden retriever who served as Lansford's therapy dog after returning home from Afghanistan.

In 2012, Lansford lost his left leg in an IED explosion in Afghanistan. "We struck an IED and it flipped my truck completely. I had bilaterally severed femurs which resulted in the amputation of my left leg," Lansford told ABC News.

When returning home to recover, Lansford was paired with then 2-year-old Gabe, who had recently graduated from the Warrior Canine Connection, which trains dogs to help veterans improve their symptoms of post traumatic stress disorder. Since then, Lansford and Gabe have been inseparable.

"He helps me with one thing to the next. I can use him as a stable surface to lean on, as I get to and from the ground," told ABC News. "If I fall, he'll come up running next to me and I can use him to push off of to get up off the ground."

Lansford had even proposed to Balmes with Gabe's help, and the dog also served as ring bearer at the wedding. 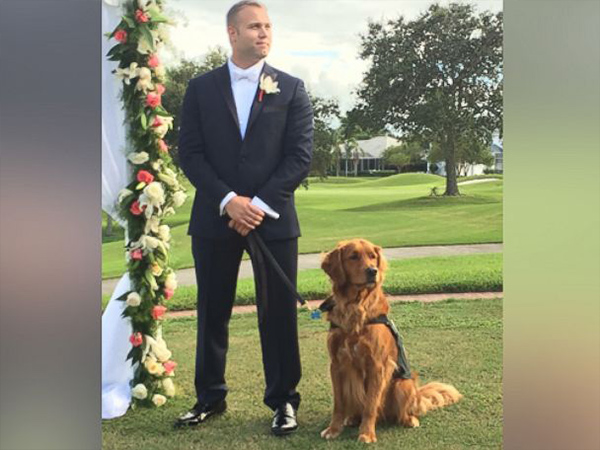 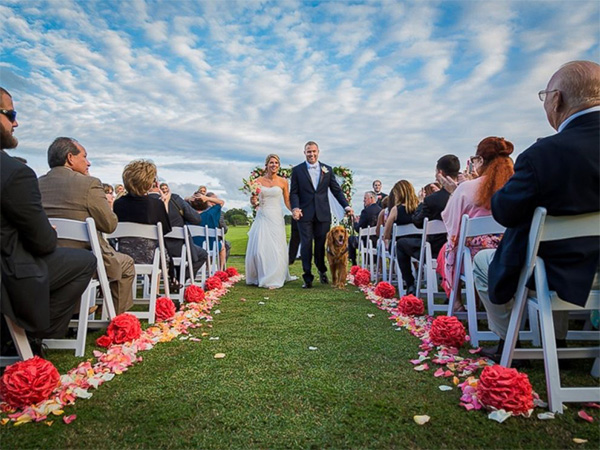 Lansford, Balmes and Gabe walking down the aisle together. 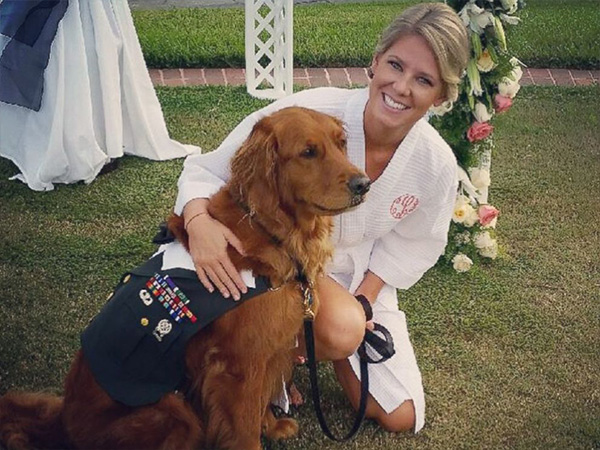