How real doctors treat esophageal cancer, as seen in latest episode of ABC's 'The Good Doctor' 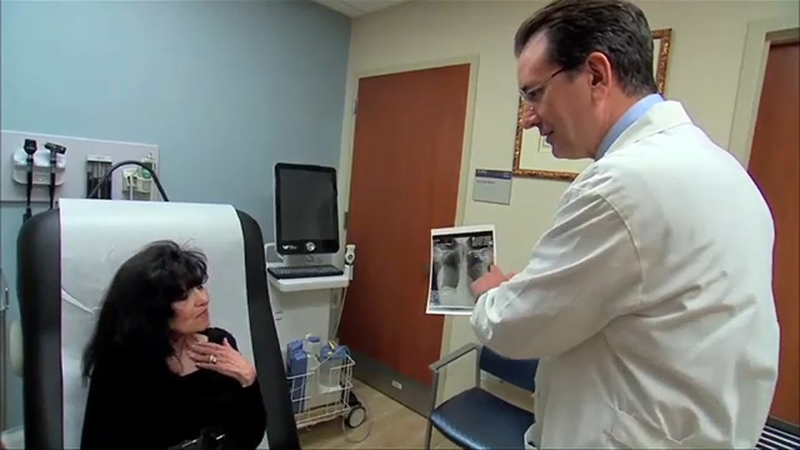 How real doctors treat esophageal cancer, as seen in latest episode of ABC's 'The Good Doctor'

In Monday night's episode of ABC's "The Good Doctor," a patient underwent a unique procedure to remove the cancer and avoid having a feeding tube for the rest of her life.

It is a storyline all too familiar for doctors from NewYork-Presbyterian Hospital.

Ten years ago, Roberta Schneider had esophageal cancer, and Dr. Frank D'Ovidio performed her surgery. Using a jejunal graft, which uses a part of the small intestine to replace part of the esophagus, Schneider also avoided a feeding tube.

Treating type of cancer is particularly challenging -- the five-year survival rate is about 19%.

And for Schneider, this procedure was especially tricky because she had a metal rod and screws in her clavicle, placed there after a massive car accident in 1993.

"Given that surgery, we opted to stay lower in the chest, which ultimately potentially gave us the opportunity to be more extensive on the gastric side and potentially clean most of the lymph nodes around the stomach," Dr. D'Ovidio said.

A similar situation played out on "The Good Doctor," as scar tissue forced the doctor to use an uncommon approach to surgery for esophageal cancer.

Thanks to Dr. D'Ovidio, 77-year-old Schneider has her own story to tell. She even wrote a book, called "Cancer Saved My Life," about the experience.