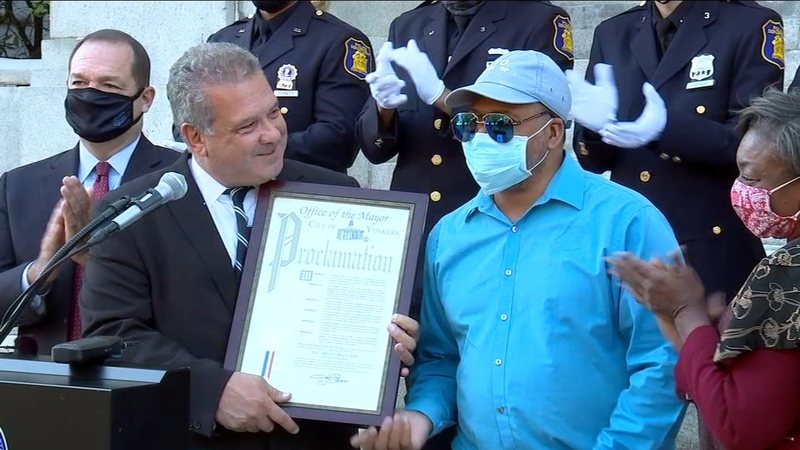 They tackled the suspect who police say had just fired several shots at a busy intersection in Yonkers on Sept. 25.

It was a dangerous afternoon as police chased a suspect identified as Darren Smith. Good Samaritan Zacarias Green was in Yonkers working for the census, but for 15 years, he volunteered as an NYPD auxiliary officer.

Green reached in and knocked the gun out of the suspect's hand. A religious man, Green says he was guided by the hand of God.

Incredibly no civilians and no police officers were hurt in the shooting in broad daylight in Getty Square.

On Wednesday, the city honored its officers for restraint -- not returning fire when the use of deadly force would have been justified.

Officials say it shows the progress made in the 13 years since Yonkers was under review by the justice department. Since then, over 100 changes have been implemented and complaints against police are down 80%.

With an assist from an outsider, the incident was a proud moment of police protecting the public.