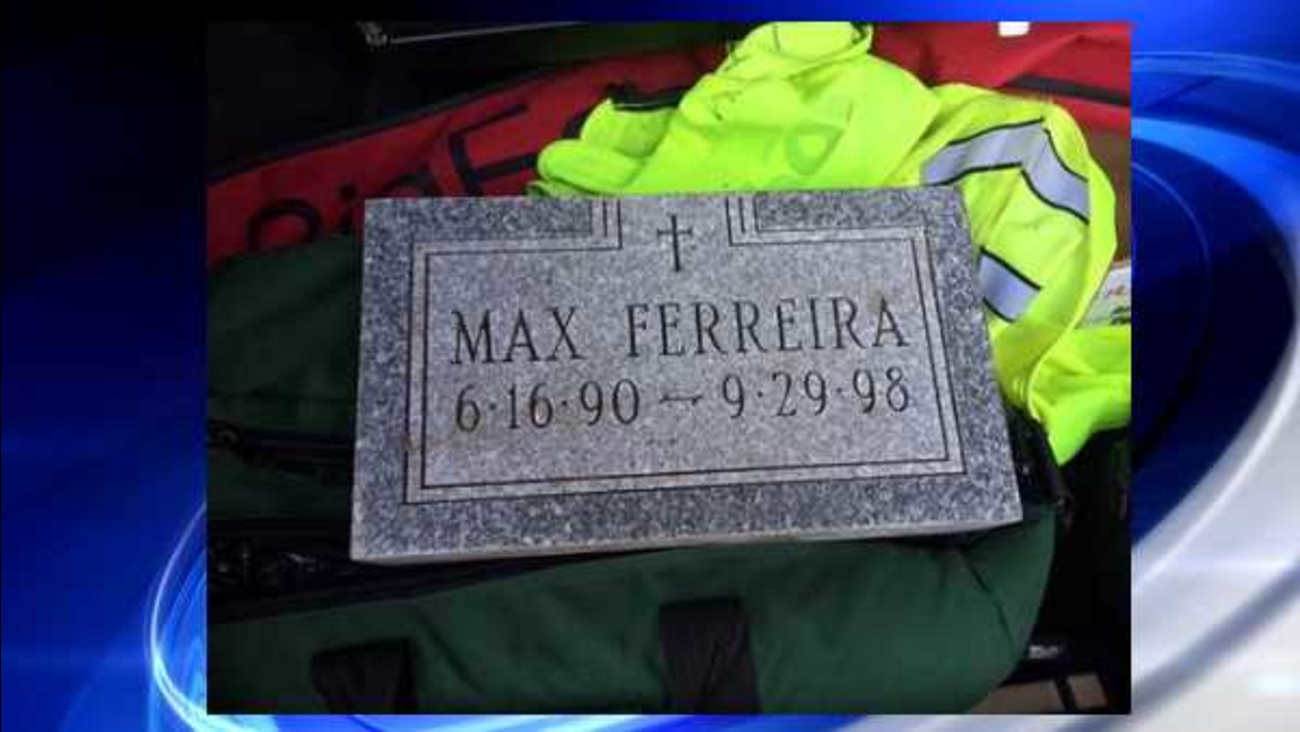 NUTLEY, N.J. (WABC) -- Police in New Jersey are trying to figure out where a mysterious gravestone belongs after it turned up in a bus terminal.

Nutley police said an employee at the New Jersey Transit Bus Terminal on Washington Avenue who was doing an annual cleanup found it and called to report it.

Police said an alert was sent to nearby law enforcement agencies, but nothing turned up. Officers are now calling local cemeteries to see if a gravestone is missing.

"If this was the loss of a child his parents must have been devastated, and to learn that someone would intentionally remove his headstone is unnerving," Mayor and Police Director Alphonse Petracco said. "I hope that someone can identify where this occurred so that we can return it to where it belongs."

"Until we can determine how and why this headstone was left we can only speculate that it was removed from a human grave," said Nutley Police Chief Thomas Strumolo.

"We're assuming it's a human gravestone because of the last name, we have calls out to the records of vital statistics in Newark, hoping to identify where that name came from," said Detective Sergeant Anthony Montanari. "It's a small stone. Why somebody would take it is more shocking than the fact that we found it."

Anyone with information is asked to contact the Nutley Police Department at 973-284-4940.