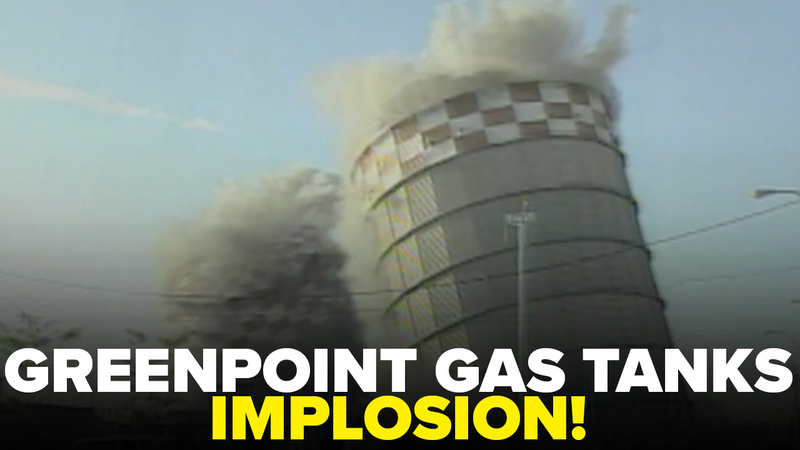 New York -- Keyspan's Greenpoint Gas Tanks were an icon of northern Brooklyn, because of their sheer size and prominence.

The tanks, actually known as the Maspeth Holders as they were on Maspeth Avenue, were imploded on July 15, 2001, long after they had outlived their usefulness.


The implosion on an early Sunday morning attracted a large crowd of locals, many of whom were emotional as they saw a big part of the landscape of their youth vanish into dust in just seconds. The video above shows you how Eyewitness News covered the story on that evening.