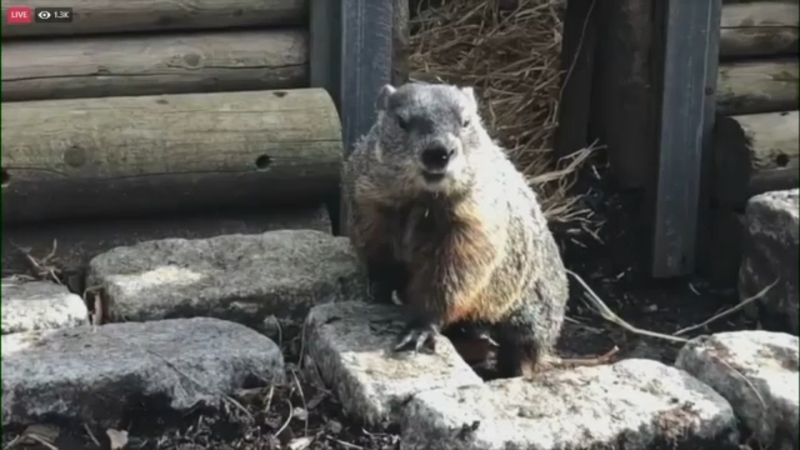 Chuck made his prediction during a pre-taped virtual appearance at the Staten Island Zoo, which was actually filmed last Thursday.

Internet detectives quickly figured out that Chuck was not "live" based on the amount of sun in the live stream. Zoo officials said it was decided that to keep the tradition going amid the pandemic, and that the event would be taped ahead of time to avoid any chance of crowds showing up Tuesday morning.

To get around this, Investors Bank Vice President Brian Gomez says in the video that he "spoke" with Staten Island Chuck instead of the groundhog's shadow being assessed.

Gomez then unfurled a scroll declaring, "I think I know what the answer is, we are going to have an early spring!"

"So there ya have it, folks, we're going to have an early spring brought to you by Staten Island Chuck and our sponsor, Investors Bank," Staten Island Zoo executive director Ken Mitchell said in the video. "We look forward to having you back in person in 2022."

The prognostication put him at odds with Punxsutawney Phil, who saw his shadow during his own virtual appearance less than an hour earlier, predicting six more weeks of winter.

Chuck has correctly predicted 10 of the last 11 years, including an early spring last year.

A pair of adorable pandas were having a blast playing in the snow and sliding downhill at the Smithsonian National Zoo in Washington D.C.