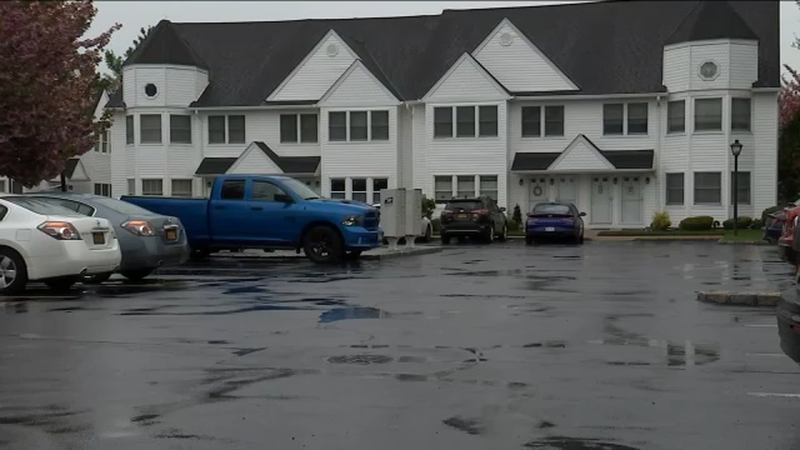 WANTAGH, Nassau County (WABC) -- A woman was forced from her car at gunpoint by two thieves who made off with the vehicle on Long Island Thursday night.

It happened at 9 p.m. on Ridgewood Drive in Wantagh, where the 44-year-old victim had just parked her 2020 Mercedes-Benz.

Eyewitness News reporter Kristin Thorne spoke with the victim who would only identify herself as Melissa. She lives in Midtown and is visiting her boyfriend's family in Wantagh this weekend.

She said as she was unloading her car an SUV pulled into the parking lot. She said two young men got out of the car and told her they were lost. They asked if they could use her phone. She told them she wasn't comfortable with that. She offered to give them directions to get back to New York City, which is where they said they needed to go. She said she did give them directions.

"They said, thank you and then he comes close to me and puts the gun close to my head and says, 'If you scream, I will shoot you in the head. Give me your keys. Where are they?' Melissa recounted. "I said, they're in the front. He said, 'Where's your cell phone?' It was in my back pocket. I pulled it out. I handed it to them."

Melissa said she did end up screaming. Her boyfriend's mother heard her from the kitchen and came outside. By that time, the men got into her car and drove off. The SUV they came in followed after them.

Melissa said Mercedes was able to use a tracking service to trace the car's location. The men ditched it in Patchogue. Although police found the car, the men stole all of Melissa's belongings.

Detectives request anyone with information regarding the above incident to contact Nassau County Crime Stoppers at 1-800-244-TIPS or call 911.