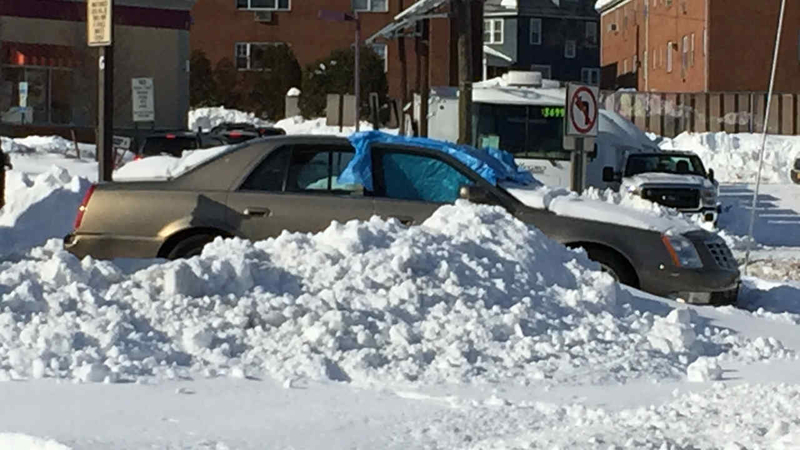 HACKENSACK (WABC) -- Authorities have identified an elderly New York woman who had voiced concern about driving home during the weekend snowstorm before she was found dead in her partially snow-covered car at a fast-food restaurant in Hackensack.

An autopsy determined that 78-year-old Frances McQuaige died of coronary artery disease, and the cold temperatures were found to be a contributing factor.

But the time of the Medford woman's death couldn't be determined due the effect of freezing temperatures on her body.

Her body was found shortly after 8 a.m. Monday.

Lieutenant Justin Derevyanik of the Hackensack Fire Department says an engine company was called to respond at 8:23 a.m. to assist police and paramedics at the Burger King parking lot on Hackensack Avenue.

The woman's body was found slumped over inside the Cadillac, which police say had been there since Saturday night.

According to police, the woman told employees of the Burger King that she would be parked there because she was afraid of driving in the snow.

Once the storm hit, though, the woman became trapped as the snow quickly covered the car, and drivers plowing the parking lot further snowed the vehicle in without realizing it was occupied.

It is unclear when and how she died, but no foul play is suspected. The woman had not been reported missing.

Investigators determined that the vehicle was not running and have ruled out the tail pipe being covered with snow, which could lead to carbon monoxide.

Authorities used a charger to start the battery. There were several drug prescription bottles pulled from the vehicle which police gathered as possible evidence.

Hackensack police are handling the investigation.