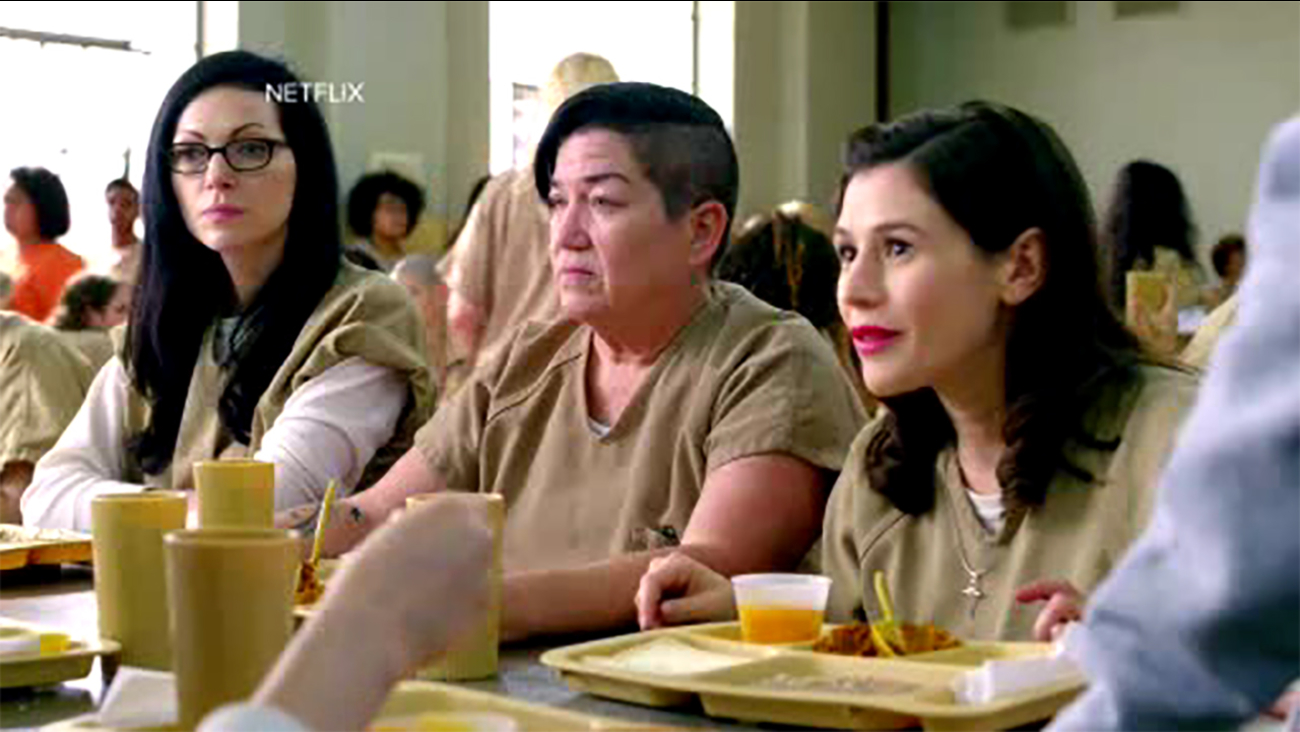 SAN FRANCISCO -- A hacker claims to have followed through on a threat to release several episodes from the upcoming season of Netflix's hit series "Orange Is The New Black."

The hacker, who goes by the name The Dark Overlord, announced the move on Twitter early Saturday. The post included a link to an illegal file-sharing service where purportedly 10 episodes from the series' upcoming fifth season were available for download. The Associated Press could not legally confirm the authenticity of the uploaded files.

New episodes of "Orange" are scheduled for official release on June 9. Pirated copies of the series' episodes could dent Netflix's subscriber growth and the company's stock price. A spokeswoman for the video streaming service declined to comment on the release of the episodes Saturday.

Earlier, Netflix said that a small production vendor that works with several major TV studios suffered a breach. The Los Gatos, California, company described it as an "active situation" that's being investigated by the FBI and other authorities.

The Dark Overlord had been demanding that Netflix pay an unspecified ransom in exchange for not releasing the episodes prematurely online. In a statement online Saturday, the hacker noted that Netflix had remained "unresponsive" to the ransom request.

"It didn't have to be this way, Netflix," the hacker wrote. "You're going to lose a lot more money in all of this than what our modest offer was."

The hacker claims to have stolen other series from Netflix and other studios, including ABC, National Geographic and Fox. The Dark Overlord promised to also release titles from those other networks unless "modest" ransoms are paid.

Rumors of a massive leak of Hollywood films and TV episodes have been circulating online for months, fed by purported screenshots of the footage and a copy of a proposed deal to delete the stolen material in return for tens of thousands of dollars in electronic currency.

When the AP contacted The Dark Overlord in February, the hacker said the purloined video wouldn't be made publicly available after all, making the far-fetched claim that "no one really (cares) about unreleased movies and TV show episodes."

It's not clear what triggered The Dark Overload's renewed ransom demands.