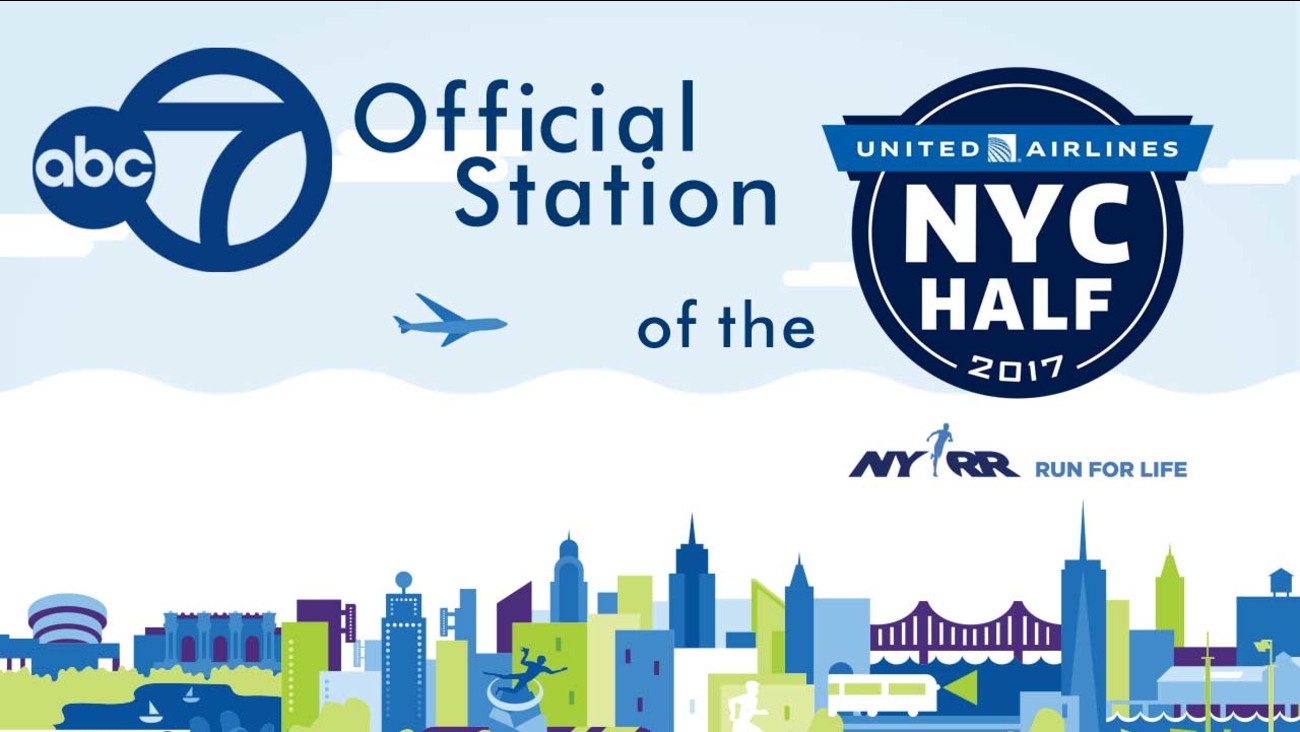 MANHATTAN, New York (WABC) -- The United Airlines NYC Half Marathon kicks off Sunday, March 19. Don't forget to be aware of street closures along and around the race route.