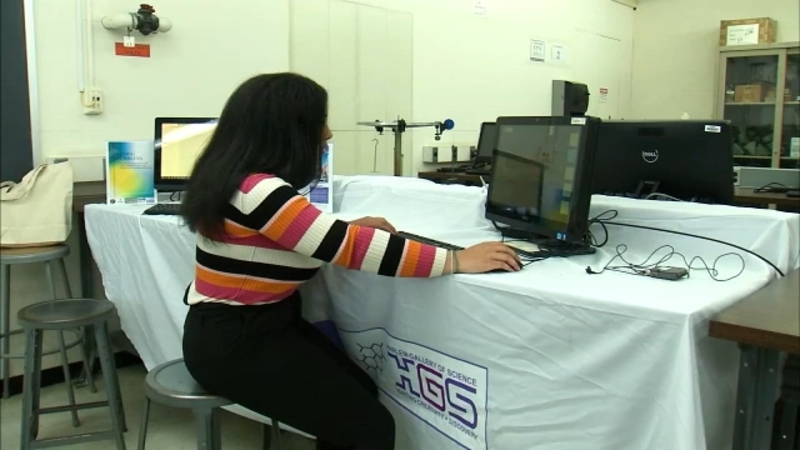 HARLEM, Manhattan (WABC) -- "Learning about game design and the game industry literally opened my mind and opened my eyes to a whole new career path for myself."

For Genesis Espinal, who grew up in the Bronx, she never imagined herself pursuing a career in designing video games.

Espinal learned about gaming through a program under the Harlem Gallery of Science which is a partnership between City College and the non-profit, Science and Arts Engagement.

Mayor Adams recently announced the Harlem Gallery of Science will receive a $2 million city investment to fund a City College degree next year in game design.

Making it the first public option for a bachelor's degree in game design in the city.

"Being open to under-represented high schools in upper Manhattan and the Bronx that's leading to more people like myself," Espinal said. "More women like myself, more Latinas like myself being introduced to this career path, and know that there is so much available to them than we initially thought."

Dr. Veeshan Narinesingh is the Deputy Director of the Harlem Gallery of Science and he says the program is helping bridge a gap between underserved communities and the gaming industry.

"The gaming industry, billion-dollar industry," Narinesingh said. "One problem is is that people from underserved communities don't have access to those professions. Those well-paying professions."

"Just coming into some of these spaces and not feeling like I fit in and looking around the room and just feeling kinda weird," Narinesingh said. "I don't see anybody that looks like me. Nobody has a shape up you know things like that."

Espinal said she would've felt "a little more lost" without this program.