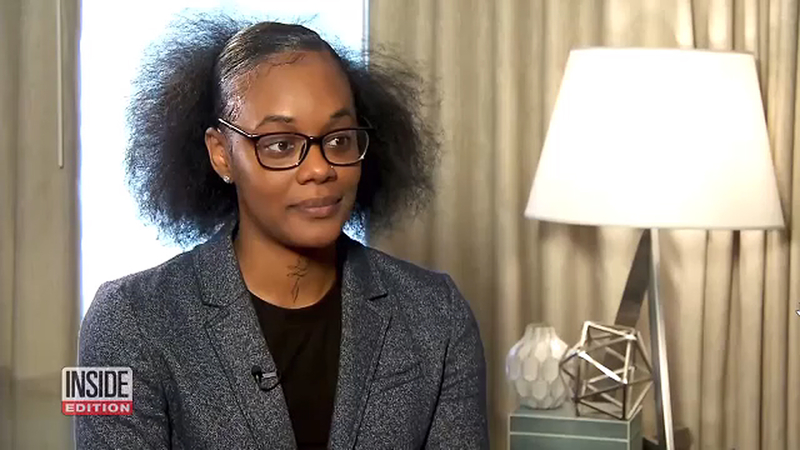 NEW YORK (WABC) -- A juror on the Harvey Weinstein trial is sharing what it was like for the men and women deciding the fate of the movie mogul behind closed doors.

The jury convicted Weinstein on two lower counts of criminal sexual assault and third-degree rape, but acquitting him of the other three counts he faced, including the most serious charge.

The juror told "Inside Edition" she hopes the verdict will provide the victims some sort of closure in their lives.

"My hands were sweating," she said. "I felt like my heart was literally going pop out of my chest. I wouldn't say it was nerve wracking, but it was like, this is it."

Juror No. 2 explained what went down in the jury room.

"I was confident in the decision that I myself made," she said.

The decision came after a weekend cliffhanger, when last Friday afternoon, the jury sent a note saying they'd reached a verdict on three of the five counts but remained deadlocked on two. They asked if they could be hung on the remaining counts.

"We weren't deadlocked, we just didn't want to have some people change their minds," the juror said. "Some people wanted to go home over the weekend and think about it."

SHe says tensions were high with the weight of the high profile trial on their shoulders. After decades of allegations against the movie producer, this case is the first one that has undergone the legal process -- giving other accusers like Anabella Sciorra and Tarale Wulff a chance to tell their stories.

"Every last woman that took the stand, I wish them the best," the juror said. "I hope this is now a chapter that they can close and move forward with their lives."

NYPD Commissioner Dermot Shea also made his first comments about the trial Wednesday, expressing "relief" for the women whose accusations formed the basis of the criminal charges.

"My first thought was relief for the victims," he said, adding it's "hard to predict" whether the verdict would lead to an increase in rape reporting. He noted, however, that there was a spike in reporting when the accusations against Weinstein were first published in 2017.

"We encourage all survivors of sexual assaults to come forward," Shea said.

The NYPD has overhauled its Special Victims Division after a city investigation found deficiencies in the unit.

"We want to get some of these perpetrators that are victimizing any New Yorker into custody," said Chief of Detectives Rodney Harrison, who oversees SVD.

He shook his head no when asked whether there was any lingering animosity from the Manhattan DA's decision not to prosecute Weinstein in 2015.

The current Weinstein case was altered - an accuser and charged were dropped - after an NYPD detective faced questions about how he handled evidence.