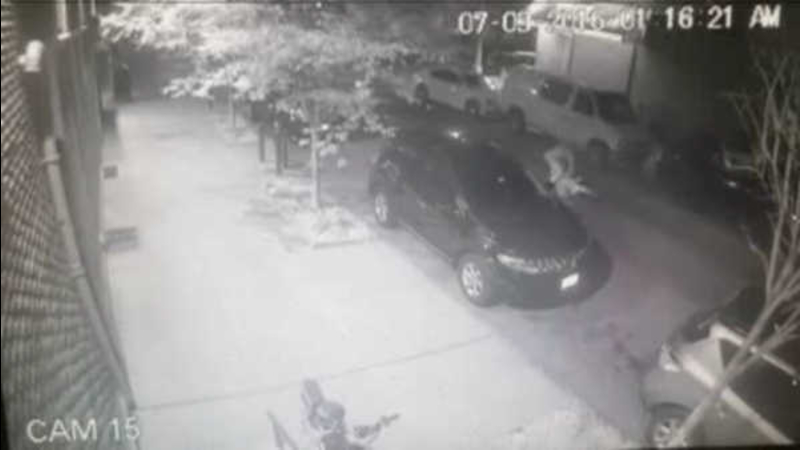 SUNSET PARK, Brooklyn (WABC) -- It has all the markings of a bias crime - two teenagers coming out of a mosque in Brooklyn were viciously beaten, but on Monday night, police said they are not investigating the attack as a hate crime.

The two victims had just left prayer services at the Muslim Community Center on 3rd Avenue in Sunset Park when they saw a car parked out front that was running. They were looking at the car when the attacker came behind them and struck one of the teenagers. The victim fell to the ground, where the suspect repeatedly stomped and kicked his head. They suspect then chased the other victim, pushed him off his bike, and kicked him.

The police story and the mosque version of the story differ -- the police say it is not a hate crime, and that it did not meet the standard. People at the mosque beg to differ, saying they clearly heard the words "you (expletive) terrorist."

Police say that because the attack does not have any elements of a hate crime, it will not be prosecuted as such. They say they know where the attacker lives in the neighborhood, but they have not been able to find him yet.
Related topics:
sunset parknew york cityassaultnypdmuslims
Copyright © 2021 WABC-TV. All Rights Reserved.
TOP STORIES
COVID vaccine mandate announced for NYC private-sector workers
COVID Updates: NYC Mayor de Blasio briefing | LIVE
Gunfire leaves 2 dead in separate incidents in the Bronx
Parents knowingly sent child with COVID to class, prompting quarantine
AccuWeather Alert: Windy and warmer with showers
Man seen wandering NYCHA hallway with what appears to be a sword
Early reports on omicron variant encouraging, Fauci says
Show More
101-year-old returns to Pearl Harbor to remember those lost
Myanmar protests erupt as leader gets 4 years in blow to democracy
Lincoln Square Holiday Tree lighting tonight
10 tri-State omicron cases, as hospitals strain from delta
Maxwell family seeking food, soap for sister as trial continues
More TOP STORIES News