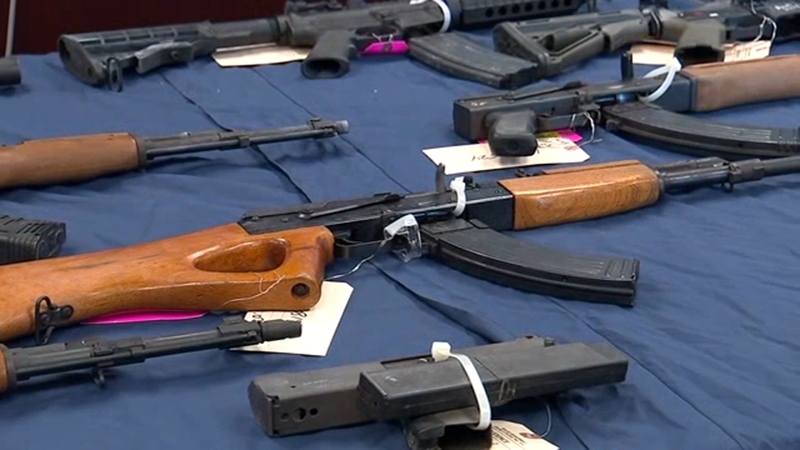 A year-long multi-agency investigation revealed that guns purchased in 15 different states -- mostly Virginia, Georgia, and North Carolina -- were smuggled into Suffolk County and sold by Bloods gang members and their associates, officials said.

Officials seized 73 guns during the arrests, including 13 assault weapons, such as AR-15s, AK-47s, and AK-47 style pistols. The DA said 48 of the weapons were loaded at the time, 36 were sold with high-capacity magazines, 22 were reportedly stolen, and six had their serial numbers defaced.

Warrants have been issued for four additional suspects.

According to the DA's office, Parler would purchase firearms from string buyers in Virginia and coordinate the illegal sales with Sexton, his family member. Sexton would, in turn, coordinate with her boyfriend, Bostic, and they used Jones to pick up the guns and complete sales.

The 14 each face a range of charges, including conspiracy and criminal sale of a firearm.

Bostic, Brown, Jones, Lariviere, Parler, Pascal and Sexton are all identified by law enforcement as being members of the Bloods street gang.