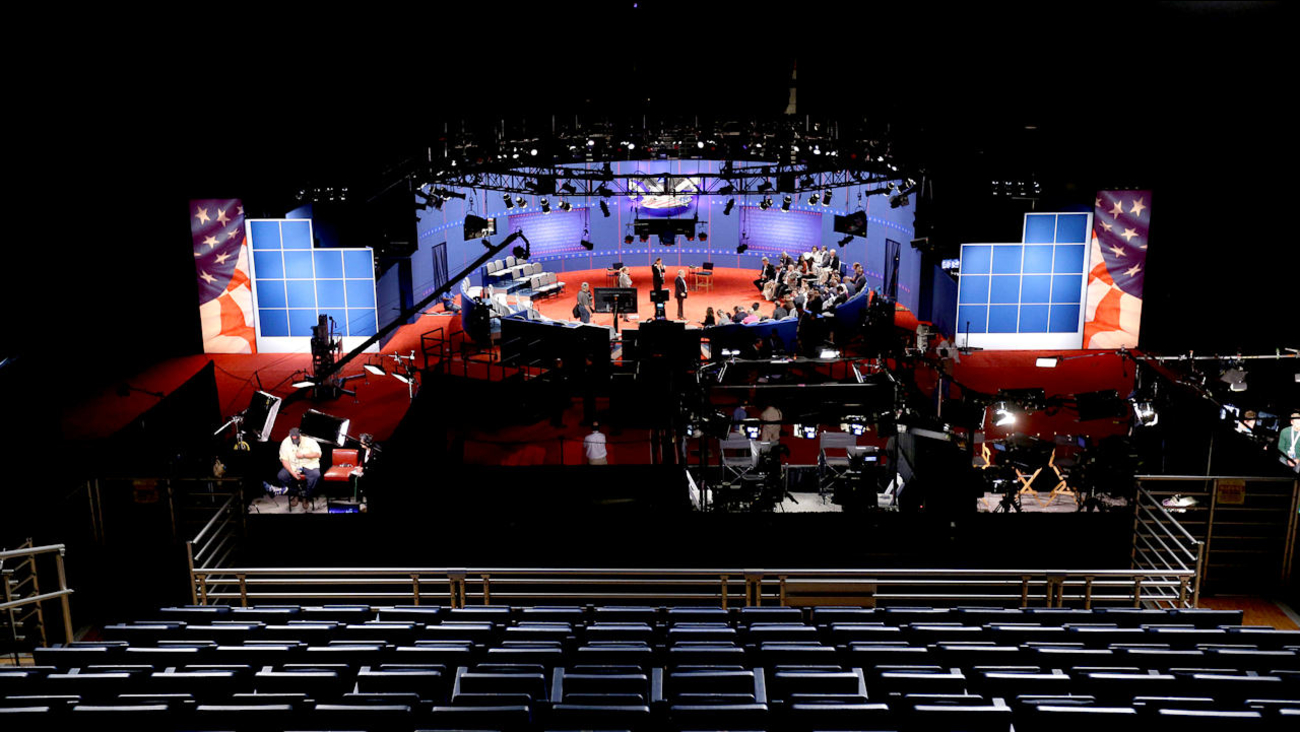 FILE - The set of the 2012 presidential debate at Hofstra University in Hempstead, New York (David Goldman)

Wright State University President David Hopkins said Tuesday that the school in Dayton has a large, open campus and there has been growing concern about what it would take to "guarantee the safety and security" of the school and surrounding community for the Sept. 26 debate.

The Commission on Presidential Debates announced quickly that Hofstra University would take over. The Hempstead, New York, school had agreed last year to serve as an alternate site. Hofstra hosted a debate in 2012.