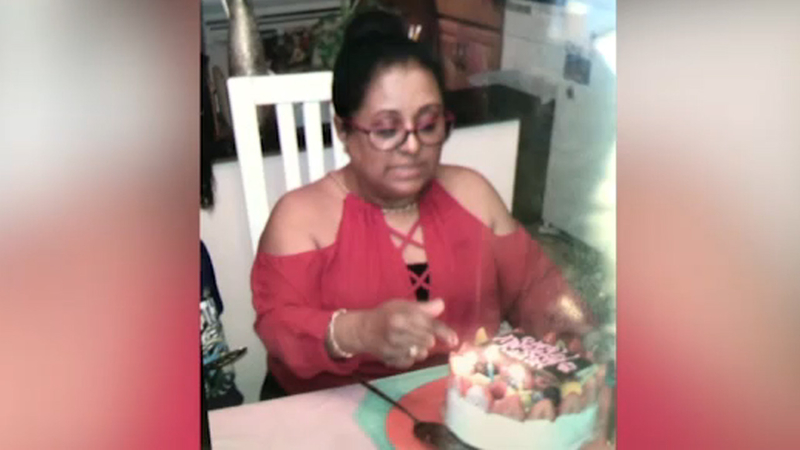 It happened around 6:40 p.m. Monday in the vicinity of Westbury Boulevard and Commander Avenue in Hempstead.

Authorities say the victim, 56-year-old Maureen Benjamin, was walking in the area when she was struck by an unknown vehicle that fled the scene.

Her husband tells Eyewitness News that she had just gotten off a bus and was headed home from her job as a home health aide, and that the family had just celebrated her birthday a week ago.

She suffered multiple injuries and was transported to an area hospital, where she was pronounced dead a short time later.

Benjamin is survived by her husband and her 15-year-old daughter Kayla, who is a freshman at Kellenberg Memorial High School.

"My mom was the best mom in the world," Kayla said. "She did everything for me."

Maureen Benjamin, nicknamed MOMO, had apparently called her daughter just moments before she was struck.

Maureen's nephew Sean Petit, said she was a pillar in the community, and that she was "everybody's mother."

"And just to think about her laying on the floor there, by herself, until a Samaritan had to come and help her, it burns in my soul," he said.

The family said they are devastated and asking the driver to come forward.

"Come forward, please?" Kayla Benjamin said. "I mean, you left my mom on the side of the road, and it's hurting my family and I. But I'm not angry. I'm not angry at you. I forgive you."

Anyone with information is urged to contact Nassau County Crime Stoppers at 1-800-244-TIPS. All callers will remain anonymous.