Man, 51, struck and killed by hit-and-run driver in Bronx 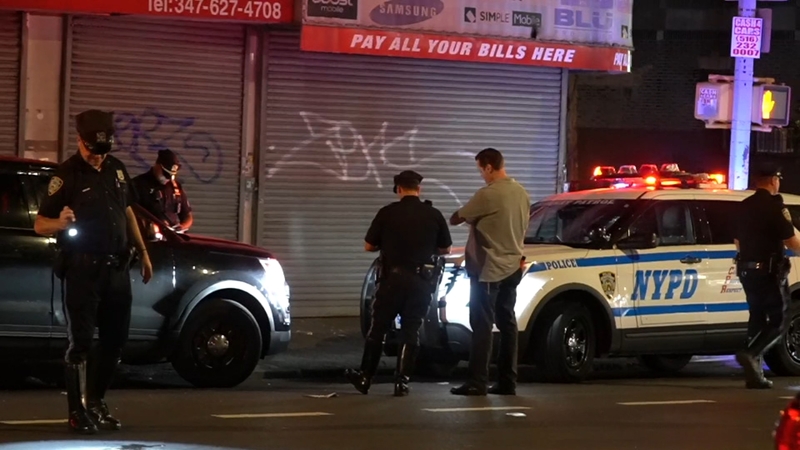 EAST TREMONT, Bronx (WABC) -- A pedestrian was fatally struck by a hit-and-run driver in the Bronx early Tuesday.

Police say the 51-year-old man was struck while in the crosswalk at Prospect and East Tremont avenues just after 1:45 a.m.

Witnesses say he had parked his car and was crossing the street when the vehicle struck him, throwing him into the air.

"He double parked over there, opened the door to get out the car," witness and friend Dario Aponte said. "And before he knew it, the car was on top of him."

The driver did not stop.

"The car must have sped up more, because while he was in the air," Aponte said. "The car just kept on going, and when he landed, that must've been the fatalness of it, the impact."

Several people ran from nearby apartments when they heard the commotion.

"He drove so fast," witness Noel Rivera said. "I literally heard the tires rubbing. He drove so fast. I heard a loud bang, and a girl said he died. 'He's dying, he's dying.' He wasn't moving."

The victim was taken to St. Barnabas Hospital, where he was pronounced dead.

Witnesses say he lived in the neighborhood and people know his face. They say they are anxious for the driver to surrender.

"He was a good guy and the way he died so tragically and horribly that you question things, you know what I'm saying?" Aponte said. "He will be missed."

Police are checking surveillance video from the area as they work to get a description of the striking vehicle.